The impact of food groups on MS

If you’re living with MS, you have probably become somewhat of an expert on the brain. It is, after all, central to so many of the symptoms you experience. So, trying to keep your brain healthy and able to function as well as it can is clearly key. This is the goal of many medications and therapy, but what about diet?

Although many physicians remain sceptical about the role of diet in MS, there are many more coming on board to accept its importance. A unifying consensus on the best diet is however currently lacking. Any internet search is liable to leave you further confused. It can be hard to know which way to turn and it’s easy to be swayed by one person’s powerfully told own story. Try not to let this happen and instead step back and look more broadly at the evidence.

For all of us, a healthy diet is important for our brains, and we know much about the nutrients the brain needs. This does not change when you have MS. So, let’s take a look at what research has been done into some of the more common diets you might see talked about in MS.

A Paleolithic diet (or “paleo diet”) generally excludes legumes, grains and dairy, and is high in meat, fruit and vegetables. A small exploratory study has shown that participants with progressive MS who consumed a modified Paleolithic diet experienced some benefit in fatigue and an improved quality of life. However, it is important to note that this study involved factors other than only diet, and any benefit may not be a result of the diet alone. A second small exploratory study by the same team also showed benefits of a modified Paleolithic diet on fatigue levels in people with relapsing remitting MS. Although this is all promising, further evidence from much larger, long-term studies that consider all other factors is needed before a Paleolithic diet can be recommended for people with MS.

A low-fat, plant-based diet is high in starchy plant foods, and excludes animal products such and meat and dairy, and vegetable oils. This diet has been shown to have beneficial effects on fatigue, body mass index (BMI) and some blood measures of metabolism in people with MS but showed no improvement on levels of disability. Larger studies are needed to determine any benefits of a low-fat, plant-based diet for people with MS.

Gluten is a group of proteins found in some grains, including wheat, barley and rye. A gluten-free diet excludes all sources of gluten. A small clinical trial found a positive effect of a gluten-free diet on both disability and accumulation of new MS in people with relapsing remitting MS. But more evidence from larger studies is needed before a gluten-free diet can be recommended for people with MS.

Although one study has shown a link between the intake of cow’s milk and prevalence of MS, there is no evidence to suggest that consuming dairy products is associated with MS disease progression. Therefore, recommendations cannot currently be made to support a dairy-free diet for people with MS.

Several studies in the general population have found that those who eat a high intake of saturated fat have a higher risk of cognitive decline and dementia as they age. This may or may not be due to saturated fat itself, or a high saturated fat intake may be a sign of a poorer overall diet and less of the nutrients the brain needs. Other studies have linked saturated and trans fats with a worse memory and poorer brain function.

What it certainly means is that a diet of fatty meats and meat products, pies, pastries, cakes, biscuits and deep fried foods – all high in saturated and trans fat – are not good for brain health, whether you have MS or not. They should be avoided.

These long chain fats are found in concentrated amounts in the brain and so we know they must be important for optimal brain function. They have been shown to reduce inflammation in the brain and promote the growth of new brain cells.

We know from general research that those who eat a lot of fish – high in long chain omega-3s – have a lower risk of dementia. When it comes to MS, the research is starting to build. A 2015 study found a decreased risk of a first clinical diagnosis of demyelination in those that ate a higher amount of omega-3, particularly from fish. Several studies since have found a link between higher fish consumption and reduced risk of MS onset. However, other components of the diet and lifestyle were not taken into account in these studies, and so the evidence is not yet confirmed.

A survey of people with MS who were recruited through social media found that those consuming fish were more likely to have a better quality of life and less disability. However, because the data was self-reported and the participants were generally engaged with lifestyle interventions shown to affect the risk of MS progression, this may have biased the results. Therefore, there is no confirmed evidence on the role of fish or omega-3 consumption in MS disease progression at the current time, although further research is ongoing.

Coffee has previously been associated with a lower risk of Alzheimer’s disease, while two studies have been published from the US and Sweden showing a decreased risk of MS with a high consumption of coffee.

While we need to understand more about the impact of coffee on disease progression, at least one study published in 2012 found that the more coffee consumed, the slower the progression of disability in relapsing remitting MS. However, many factors that might affect both coffee-drinking and MS progression were not considered. Therefore, there is insufficient evidence to support any recommendations regarding drinking or abstaining from coffee and there may be other effects from excess caffeine consumption to consider.

What is the consensus?

Put simply, there is insufficient scientific evidence to recommend any special diet for people with MS. More research is needed.

It is recommended that people with MS follow the Australian Dietary Guidelines. These guidelines include the following recommendations for adults:

Following these guidelines may improve the general health of people with MS, although whether this will improve MS outcomes needs further research.

To get to know Joanna a little more and join her online, please visit: http://drjoanna.com.au/. 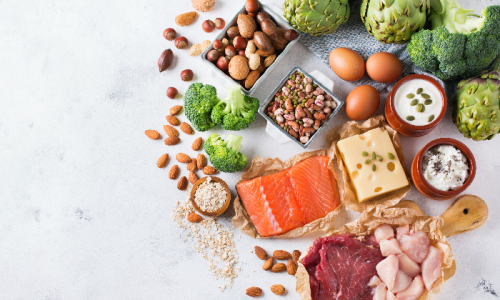 Demystifying diet and nutrition in MS

MS Research Australia grants to include focus on diet and nutrition factors impacting development and progression of MS and quality of life.
Read more We discuss the benefits of people with MS following a healthy and balanced diet that includes a wide variety of nutritious foods.
Read more 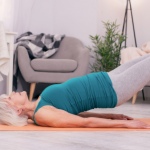 Feel as though exercise can’t help you? Think again… Making your diet work for youHealth and Wellbeing

The impact of food groups on MS