A small clinical trial of clemastine fumarate, a common, over-the-counter allergy medication, has been conducted in people with MS and has shown exciting evidence for myelin repair.

The results of the trial conducted Dr Ari Green, Professor Jonah Chan and their colleagues at University of California San Francisco (UCSF), were published last week in the top medical journal The Lancet.

The clinical effects seen in the trial were modest, but this is the first time a trial for myelin repair has shown efficacy in people with MS.

In MS, the myelin sheaths that surround nerve fibres in the brain, spinal cord and optic nerves are damaged by the immune system. Myelin helps nerves to conduct their electrical signals in a fast and efficient manner. Damage to myelin drastically slows down signalling, resulting in the many different neurological symptoms of MS.

Clemastine was identified as a potential myelin repair treatment in an important study published in 2014 by Professor Chan and his colleagues. They developed an innovative high-throughput screening test that allowed them to process thousands of drug molecules at a time to see if any were able to boost myelin growth in the laboratory.

This approach to identify and ‘re-purpose’ existing drugs has been seen as a way to speed-up the development of drugs for myelin repair and progressive disease as these drugs have already been tested for safety and approved for other diseases.

In the clinical trial, 50 people who had MS for 5 to 15 years were treated in a ‘cross-over’ trial design. 25 people received clemastine tablets for 90 days and then received a placebo or dummy tablet for 60 days. The second group received the placebo for 90 days and then clemastine for 60 days. Participants and the assessing doctors did not know which medication they were receiving when, to avoid biasing the results. 92% of the patients continued on their usual immune modulating MS treatments during the trial but were not permitted to take other drugs that might affect nerve signalling or repair such as fampridine or biotin.

The researchers used a test of nerve conduction speed known as visual evoked potentials, or VEP, to assess if the drug was working. This test uses visual patterns to stimulate the nerves in the retina of the eye.

In the first group, the speed of nerve transmission was significantly faster after clemastine treatment than that seen at the beginning of the trial and compared to those receiving the placebo. This result also lasted throughout the period when they were receiving the placebo.  Similar results were seen in the second group, with an increase in nerve transmission speed after taking clemastine. These results indicate that myelin repair had occurred as myelin helps the nerves to transmit signals faster.

However, a clinical test to measure visual acuity, the ability to read numbers or letters in low-contrast conditions, also seemed to show some improvement, but did not reach the statistical significance needed for the researchers to be confident of this result.

MRI measurements to visualise intact myelin in the brain were unable to show any differences following clemastine treatment and no improvements in walking ability were seen.

One concern about the drug was that it might also have adverse effects on cognition (thinking ability) as similar drugs have been shown to impair thinking in elderly people. A test of thinking ability used in the trial did not show any effects of clemastine on cognition in the people with MS.

Clemastine is an older anti-histamine medication, and like many of these medications can cause drowsiness. Increased fatigue while on active treatment was the most common side effect experienced by participants.

The dose of clemastine used in the trial was higher than the recommended dose for allergy treatment, and more work is needed to understand the best dose for myelin repair treatment, how long treatment should last for and the optimal timing for treatment during the disease course.

These questions will need to be answered in further clinical trials, but these exciting results provide the first evidence for a drug that can stimulate myelin repair in people with MS. 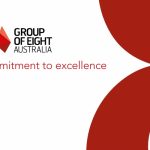