Australian researchers hunt down genetic changes that cause MS

ANZgene, the consortium of MS genetics researchers across Australia and New Zealand, supported by MS Research Australia, has published a new paper focusing on a region of chromosome 12 that lowers susceptibility to MS.

In 2009, the ANZgene collaborators were the first to describe a genetic variation in a segment of chromosome 12 which, when present, has a protective effect against having MS. Other researchers have since confirmed this finding. This region contained 17 genes, but which gene is responsible for the protection from MS is not clear. There are several genes that are of interest in this region, including two vitamin D enzymes and another associated with autoimmune disorders.

In an effort to identify the exact nature of the genetic change, ANZgene researchers have gone through this section of chromosome 12 with the genetic equivalent of a fine-tooth comb. The first stage of the study used pools of DNA samples to identify whether the MS group had different genetic variants to the healthy population. The second stage characterised 712 genetic changes in a large number of people, comparing the patterns of 3,269 people with MS with 3,577 healthy controls. They also used two different types of technology to determine the best method for future work.

Genetic variants that are physically close to each other on a chromosome can be inherited together, meaning that one version of a gene is always seen with a specific version of another gene – anyone who inherits one will inherit the other. This makes it very difficult for geneticists to distinguish which genetic variant is the one contributing to the disease. In this study, the MS protective gene remained elusive, but the researchers have considerably narrowed down the area of DNA to a span of less than a third of the original size.

More work will be needed to pin-point the gene of interest on chromosome 12. Studies that investigate the control of gene activity is or include more people of other ethnicities are needed. And by using two different methods in this study the researchers have made important progress in refining the techniques – an important consideration for the design of future studies.

Identifying the genes that can increase susceptibility to MS, or protect against MS, will provide new clues in the hunt for more targeted and effective treatments for MS. 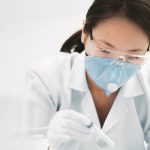 Australian researchers hunt down genetic changes that cause MS