Can the risk of developing MS be changed?

New Australian research has identified that over half of the risk factors related to developing MS are environmental factors, meaning that they can be altered through lifestyle or other changes.

A multitude of factors, both from the environment or from a person’s genetic makeup, are involved in whether or not a particular individual will develop MS over their lifetime. The important risk factors for developing MS have been identified over many years, and they are thought to add together and interact to have a cumulative effect on MS risk.

New Australian research has looked at this question formally and investigated five of the main risk factors for MS. Led by Associate Professor Ingrid van der Mei at the Menzies Institute for Medical Research, Tasmania, the study analysed the most significant genetic change related to MS, an immunological gene called HLA-DRB15, as well as environmental factors such as smoking, sun exposure and levels of vitamin D. Also included was whether a person had a history of glandular fever, since exposure to Epstein Barr Virus (EBV), the virus that causes glandular fever, is a known risk factor for MS.

Published in Multiple Sclerosis Journal, the study confirmed that genetic changes at the HLA-DRB15 gene accounted for the most risk, followed by smoking, lower sun exposure over the long-term, history of glandular fever and low vitamin D levels. The analysis showed that some of the risk factors interacted with each other and the effect of the HLA-DR15 gene on risk was stronger among those with a history of glandular fever compared with those who did not have a history.

Of most interest, was the finding that the environmental factors taken together accounted for 53% of the risk of developing MS. This means that over half of the risk of developing MS can be modified through lifestyle or other changes. This is important since it indicates that preventative efforts directed against these risk factors are likely to have a substantial effect on MS in the population and lifestyle changes made by individuals would reduce their risk of developing MS. For example, people who decide not smoke are actively reducing their risk of MS, while increasing sun exposure and vitamin D levels over the course of a person’s lifetime also seems important, with both factors together significantly contributing to a person’s risk of MS.

Prevention of MS through the modification of environmental risk factors is an important area of active research worldwide and Australian researchers are particularly strong in this field. MS Research Australia is currently funding and co-ordinating the PrevANZ clinical trial across Australia which is testing whether taking vitamin D can prevent or delay MS in people who are in the early stages and have experienced only one demyelinating event. Results of the trial are expected in 2017. 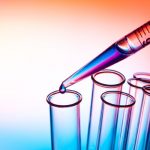 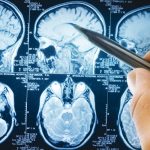 Can the risk of developing MS be changed?