The internet is full of information on probiotics, prebiotics and antibiotics and we are constantly bombarded with messages to fast, selectively feast and detox, with literally hundreds of diets all with their celebrity advocates. But sometimes the hype runs faster than the evidence. Diets and attempts to improve gut health are nothing new, and we are gathering more evidence for such interventions. But people are right to be sceptical because history is littered with examples of “proven” diets which now just seem a little ludicrous. This includes the Mastication Diet – a fad in the late 1800s which argued that unchewed food was the root of a number of health problems.

However, recent improvements in DNA sequencing technology and the ability to simultaneously test hundreds of samples have transformed scientists’ ability to perform research on gut bacteria and their effects on health and disease. MS is just one area where scientists are exploring this, and it is resulting in a tremendous increase in knowledge of how bacteria affect our health.

What is the role of gut bacteria?

The gut contains tens of trillions of microorganisms, and at least 1,000 different bacterial species. Research into animals that are devoid of bacteria have shown that gut bacteria play a role in our stress response, alter our immune systems, and potentially induce changes to our blood-brain barrier. The challenge now is to decipher how bacteria are doing this, which bacteria are important, and for the MS community the question becomes — what role gut bacteria play in MS?

The next step is to try and understand how bacteria in the gut might affect the brain and immune system. One way is through their interaction with neurotransmitters (chemicals that act as a means of communication between brain cells). One example is serotonin, commonly known as the happy chemical. While we predominantly think of serotonin as a brain chemical, the majority of the body’s serotonin is located in the gastrointestinal tract and our gut bacteria can regulate how much serotonin the body produces. This in turn influences both mood and gut activity.

Another way our gut bacteria could be influencing the body is by breaking down food into different components, some which are probably beneficial and others that might be detrimental. This is where the word prebiotic comes in — prebiotics are foods or chemicals that induce the growth or activity of beneficial microorganisms. Our gut bacteria break down these chemicals into individual components. For example, some bacteria break down prebiotics into short-chain fatty acids. These short-chain fatty acids have been shown to be protective to brain cells, and in laboratory models of MS when feed a diet high in short-chain fatty acids or high dietary fibre, the severity of MS appears to diminish.  This further suggests a role for gut bacteria and diet in MS.

How can we ensure good gut health?

So if the gut is linked to brain health and it is vital, isn’t the case closed? Well, the challenge remains to determine which bacteria are playing a role, and how do we encourage them and not the bacteria that are detrimental — this is not an easy task. To put it into perspective, if we think of all the different animal species that live in the world, and how different they are, bacteria are exponentially more diverse and abundant. Additionally it is estimated that over 80% of the bacteria in our stomachs can’t be grown in the laboratory, so it is literally a case of finding needles in this gigantic haystack of life.

The good news is that studies have shown that changes in diet can lead to rapid changes in gut bacteria. Although there is still a long way to go, a number of foods are thought to generally help our gut bacteria, including fermented food (e.g. yoghurt), foods high in fibre, and eating foods of different colours (as some of the chemicals that make them colourful can be beneficial). For more information, you can watch a webinar recently presented by MS Research Australia funded researcher and accredited dietician, Dr Wolfgang Marx.

We strongly recommend that if you are thinking of changing your diet, you talk to your healthcare team and consult with an accredited dietician. 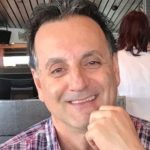