What is known about the genetics and immune cells involved in MS risk?

Published in the prestigious journal, Science, Australian and international researchers as part of the International MS Genetics Consortium, looked at 47,429 people with MS and 68,374 people without MS to determine any further genetic changes that play a role in how MS starts and the cells that might be involved.

How many MS risk gene variations did the researchers find?

The researchers found a total of 233 independent gene changes linked to MS risk – 32 of these changes were located in a genetic region called the major histocompatibility complex (MHC), the area of the genome which contains the most significant risk MS genes.

Which immune cells and tissues are affected by these genetic changes?

This suggests that the innate immune system, which is the non-specific immune system that comes into play within hours of a new exposure, may also play a role in MS risk.

What do these MS risk genes do?

To get an idea of how these genes may work together to contribute to MS risk, the researchers looked at the interactions of proteins made by these MS risk genes. About one-third of these proteins had some sort of interaction, and there were thirteen smaller groups with stronger interactions – this is much higher than previous studies and will help prioritise proteins for further study in the future.

What is the significance of this work?

This new genetic map of MS has doubled the previous knowledge of MS risk genes. It is exciting that a genetic change was identified on the X chromosome, although it is unlikely that this is the only factor contributing to the higher incidence of MS in women. This is a first step towards understanding the genetic contributions of this strong bias.

These exciting findings also show that a variety of immune cells contribute to MS risk and that both the adaptive and innate arms of the immune system play a role in MS risk. This research sets the stage for further studies to uncover the sequence of events that lead to disease onset and may pave the way for new effective therapies. 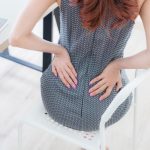 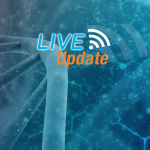