As MS Australia (MSA) celebrates its 50th anniversary, we must acknowledge the hard work and dedication of all those who helped MSA to become what it is today – a passionate group of people working to put an end to MS for good.

One key figure in our history is the former Chair of the National Multiple Sclerosis Society of Australia, the forerunner of MS Australia, John Studdy AM.

John joined the Board in 1979 when treatment and research were still in their infancy and was quickly elected Chair. He was re-elected unanimously to the position until his retirement in November 1997.

John was also on the Board of the MS Society of NSW, the fourth oldest MS society in the world. In 1983, he became Board President following the death of then-President John Maddison. John would go on to serve 15 years in this role.

MS Plus CEO John Blewonski said John Studdy left a lasting legacy that has benefitted tens of thousands of Australians.

“All the MS organisations in Australia are forever indebted to John, who helped build their reputations, their workforce and their strong governance framework.

“John really guided the national and New South Wales organisations through major growth, so they could start to deliver truly comprehensive services to Australians with MS and ensure we were also fighting to find cures,” Mr Blewonski said.

John achieved so much for the MS community during his 21 years of service, including:

In honour of John’s unwavering and passionate dedication, MSA created the annual John Studdy Award in 1999. The award recognises outstanding, consistent and selfless service to the MS community from individuals who, like John Studdy, have made a significant contribution to the MS movement in Australia. He also became a Member of the Order of Australia in 1988.

MS Plus also bestowed John with the title of Emeritus President and Life Governor and named the groundbreaking facility at Lidcombe as the Studdy MS Centre.

“I have heard so much of John’s contribution in my time with MS Plus — his boundless energy pushing us to continually improve our services and realise our research goals. While his extensive personal financial contributions to these goals was largely unknown, he was renowned for his compassion for Australians with MS and other neurological conditions,” Mr Blewonski said.

John Studdy sadly passed away in 2014, but his tireless advocacy will not be forgotten. He has left behind an enduring legacy that has, and will continue to improve the lives of those living with MS.

“We must set our sights on continuing to build on the foundations John created. We have not forgotten his vision to work as one, not just within our respective states and territories but across the country, to support those with MS and fund critical research,” Mr Blewonski said.

You can do your part to help find cures for MS by donating today. 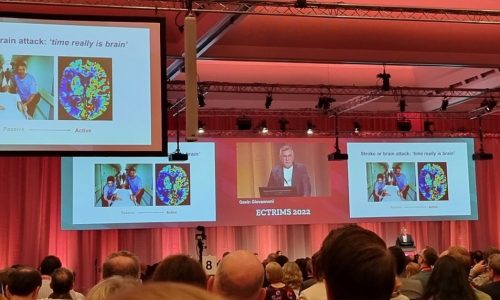 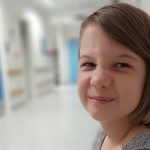