An article published in the international journal Brain has shown evidence that damage in the spinal cord of people with primary progressive MS may occur earlier than previously thought.

Researchers from the Institute of Neurology at University College London have been using advanced imaging techniques, to identify signs of damage and neurodegeneration in the spinal cord of people with primary progressive MS.

Some of the most commonly used techniques for imaging neurodegeneration in the brain, such as specialised MRI scans, are more difficult to apply to the spinal cord because of its relative size and position. This study is the first to use advanced imaging techniques to study the spinal cord in people with primary progressive MS.

The researchers used a range of imaging techniques to study different aspects of spinal cord degeneration. This includes ‘diffusion imaging’ to measure the structural integrity of nerve fibres, as well as a type of imaging called spectroscopy that can measure the levels of different chemical products of cell metabolism.

They found that, in the early stage of progressive MS illness (less than 6 years after disease onset), there were no signs of widespread tissue shrinkage (global atrophy) or degeneration in the spinal cord of people with primary progressive MS. This was not a surprising finding, because global neurodegeneration is a long-term process that is usually present in people with more advanced illness.

However, the spectroscopy imaging revealed that people with primary progressive MS did show lower levels of several chemical compounds that are important for cell function, including N-acetyl aspartate and the neurotransmitter glutamate. There were also changes in the structural integrity of nerve fibres, measured using diffusion imaging. These features were more severe in people with a higher number of lesions. Together, these findings suggest that changes in metabolism and nerve function may be occurring in the spinal cord in early-stage progressive MS, despite the lack of widespread degeneration.

These biological measures also showed a correlation with symptom severity and clinical outcomes, where lower levels of the chemical compounds were associated with higher levels of clinical disability. This suggests that these imaging measures may represent a useful marker for studying changes over time, for example to measure a person’s response to therapies and in clinical trials of new treatments.

Further research will help to establish the reliability of these findings as a marker of progressive illness, and if these measures can be used to predict future accumulation of disability and provide clues to the causes of MS progression. 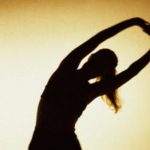 Do people with MS get hotter during exercise?News Factors related to psychological adjustment among people with MSNews