Further insights into the link between EBV and MS

Previous research has examined the link between the Epstein-Barr virus (EBV) and MS, with many studies identifying that EBV exposure may be associated with an increased risk of MS.

EBV is known to work in phases: it has an initial active phase of viral activity, which is then followed by a latent (hidden) phase where the virus lies dormant inside B cells of the immune system indefinitely. It is not yet clear which phase of the EBV infectious cycle is most important in the development and activity of MS. The reactivation of other viruses such as human herpes virus 6 (HHV6) has also been implicated in MS disease activity.

Researchers at the Menzies Institute for Medical Research have used blood samples collected from participants in the Southern Tasmania MS Longitudinal Study to investigate whether reactivation of these viruses may play a role in the risk of relapses or disability progression in MS.

In this study, led by MS Research Australia-funded Postdoctoral Fellow, Dr Steve Simpson Jr, blood samples from 198 people with relapsing remitting MS were analysed for the levels of antibodies against EBV and human herpes virus 6 and compared with clinical measures of MS relapses and disability progression.

The findings, recently published in the journal Acta Neurologica Scandinavica, suggest that antibodies that specifically recognise the EBV virus in the active phase of its infectious cycle are not associated with disability progression in people with MS. Only a tentative relationship was found between EBV antibody levels and relapse risk. Antibodies against the active phase of HHV6 lifecycle were also not associated with disability level or disability progression.

Previous reports by other researchers have suggested that antibodies to EBV in its latent form are most strongly associated with MS disease severity. Therefore, Dr Simpson’s findings in this carefully designed longitudinal study that measured EBV antibody levels over a long period of time, appear to confirm that the virus in its active form is less important in determining the severity of MS. This new evidence begins to point more strongly to the possibility that the latent form of the virus may have specific effects on the function of B cells in relation to MS.

Dr Simpson’s study provides interesting and important new insight into the complex relationship between viral infections, particularly EBV, and the development of MS. This will help to inform further research working to target EBV in the hope of treating MS, such as the work of Professor Michael Pender at the University of Queensland, currently receiving funding from MS Research Australia, Foundation 5 Million+, and the Trish MS Research Foundation. 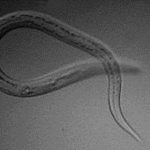 Finding those most at risk of fallsNews

Further insights into the link between EBV and MS