Incubator grants allows for blue sky ideas and the opportunity for researchers to follow-up unusual findings and test ideas without having to commit to full projects. In this round of funding there are a wide range of projects; from investigating the psychological wellbeing of MS carers, to using scorpion venom to treat MS, and using low intensity currents on the brain to combat fatigue.

‘It is wonderful to be able to announce this new round of funding for these novel ideas in MS research’ said Dr Julia Morahan, Head of Research at MS Research Australia. ‘Each of these projects is tackling a distinct aspect of management for people with MS and we are excited to see their progress over the next year’.

Associate Professor Fabienne Brilot-Turville from The University of Sydney, NSW is exploring auto-antibodies in the brain, which are antibodies in the blood that mistakenly attack the human body instead of foreign invaders. Associate Professor Brilot-Turville is investigating if this method is a better way to differentiate between other neurological autoimmune diseases and MS, to ultimately help with diagnosis and treatment strategies.

Professor David Tscharke based at the Australian National University, ACT, is investigating the idea of using Ribonucleic acid (RNA) in the blood to more rapidly detect treatment success. He is also investigating if RNA can be used as a rapid and reliable way to detect infections following treatments with immunosuppressive medication.

Dr Simranjit Sidhu based at The University of Adelaide, SA, with generous funding support from MS SA, will examine the use of neuromodulation, which is low-intensity electrical stimulation, as a non-invasive brain stimulation technique. Dr Sidhu will test whether this technique can help combat MS associated fatigue.

Dr Helen Correia from Murdoch University, WA, with funding support from MS WA, will be looking at MS carers and their experience of caregiving. They will engage with a range of groups in the MS community including people with MS, carers, and those associated with MS healthcare (such as health professionals) to explore both the caregiver experience and the caregiving relationship. Ultimately, it is hoped that this research will identify how to better support the health and wellbeing of caregivers.

Dr Lachlan Rash from The University of Queensland, with funding support from MS SA, is going to explore experimental options for progressive MS. Over the last couple of decades, there has been a quadrupling of medications for relapsing remitting MS, but there remain far fewer medications for progressive forms of the disease. Dr Rash is experimenting with the use of a compound called Hi1a, derived from funnel-web spider venom, in a laboratory model of progressive MS. Dr Rash has previously demonstrated that this molecule has a potent protective effect on the nerves in a laboratory model of stroke, and holds a patent for this molecule for “neuroprotection”.

Professor Raymond Norton from Monash University, VIC, with MS SA funding support is also looking at a modified venom, this one from a scorpion. Professor Norton has developed a new therapeutic candidate for MS derived from scorpion venom, which specifically shuts down activated T cells, the immune cells that drive the attack on the brain and spinal cord in MS. In this project he is teaming up with Associate Professor Natalie Trevakis, who is an expert in drug modification to improve some of the properties of this compound to improve its effects. If successful, this would pave the way for preclinical trials of a newly developed drug candidate for MS.

For further information about the current incubator grants and all the research currently funded by MS Research Australia, visit here. 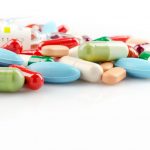