The link between diet and multiple sclerosis (MS) is an area of great interest to the MS community. While there are some findings that point towards beneficial effects of certain dietary components, for example omega-3 fatty acids, more research is needed to reach a consensus on whether a particular diet, nutrient and/or supplement is beneficial to people with MS.

Past studies that have looked at whether there is any link between the consumption of red meat and MS have returned inconclusive results. While meat is a good source of protein, iron, zinc, vitamin B12 and many other vitamins and minerals, there have been studies which suggest that the consumption of red meat, particularly processed meat, is linked with the increased risk of conditions like obesity, type 2 diabetes, cardiovascular disease and cancers. It has been proposed that this could be due to the fat content of red meat or the formation of possibly harmful products when red meat is cooked at high temperatures.

In an effort to better understand the relationship between eating red meat and MS, researchers in the AusImmune study group, which received foundation funding from MS Research Australia, have evaluated the relationship between processed and non-processed red meat consumption and the risk of developing MS. This long-term, population-based study originally enrolled 791 participants who had experienced a first demyelinating event (FDE), a frequent precursor to MS, and has now been following them for 15 years. The study examines the link between various environmental factors, including diet, and the risk of developing MS.

Results from this recently published study in Frontiers in Neurology show that the amount of non-processed red meat consumed by people in the year prior to experiencing an FDE was lower than seen in healthy control individuals. The study went on to show that the consumption of non-processed red meat is linked with the reduced risk of FDE and therefore, MS. Interestingly, when the researchers took into account other factors, this association was only found to hold true in females. This could be due to the study only having a relatively small group of males. Alternatively, it could be attributed to males as a group eating more red meat as part of their regular diet than females, regardless of whether they went on to develop MS or not.

These findings stayed the same even when the investigators limited the analysis to the foods consumed within 90 days prior to the diagnosis of FDE to reduce the likelihood of participants reporting on changes in food-related behaviour as a response to diagnosis.

The authors of this publication speculate that the observed beneficial effects of red meat on the risk of developing MS could be due to red meat containing a very active form of vitamin D or its content of what are known as long chain n-3 polyunsaturated fatty acids. The lack of these nutrients have been associated with the increased risk and progression of MS in other studies.

Despite the robust design of this study (multi-centre and matched case-control), more research is required to identify the specific components of non-processed red meat that may be beneficial in preventing MS. More research is also required to assess if there is a threshold for the amount of meat that is recommended for consumption, whether red meat from other parts of the world show similar benefits and if these benefits of eating non-processed red meat continue to be seen in people with established MS.

To improve our understanding of the role of diet in MS, MS Research Australia are supporting a number of high calibre research projects which aim to investigate the link between diet and MS. Ultimately, these studies will enable clinical trials to be developed to further test dietary strategies that show promise, and aid the development of evidence-based dietary guidelines for people with MS and those at high risk of MS. 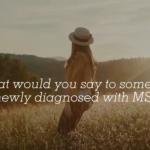 What would you say to someone newly diagnosed with MS?Videos 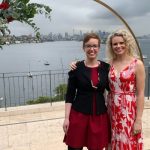 Actively participating in initiatives to stop and reverse MSNews