Cladribine, an oral treatment for relapsing remitting MS, previously approved in Australia, but subsequently withdrawn, is making a comeback.

Previously known by its trade name Movectro but now renamed, Mavenclad, cladribine tablets were originally approved for the treatment of relapsing-remitting MS in Australia and Russia in 2010. However, after failing to be approved in the USA and Europe, the commercial supply of Mavenclad was discontinued from the Australian market.

It is an oral medication that selectively targets immune cells called lymphocytes. These immune cells are a type of white blood cell that are believed to play a central role in MS. The original clinical trials showed that cladribine could reduce relapse rates and the accumulation of disability.

The “CLARITY” trial for relapsing remitting MS involved 1326 people, testing two different doses of cladribine tablets compared to a placebo or mock medication. Compared to the placebo, cladribine tablets reduced the relapse rate by between 55 and 58% depending on the dose received.  Analyses showed that cladribine also greatly reduces the number of new lesions and slows the overall loss of brain volume.

In a trial of cladribine in 616 people who had experienced a first attack of MS-like illness (known as clinical isolated syndrome, CIS), cladribine was also able to delay a diagnosis of MS with only 13-15% of people developing clinically definite MS over the length of the trial (22 months), compared to 34% of people in the placebo group. Resulting in a 67% reduction in risk of conversion to clinically definite MS.

Another recent independent analysis of data from these trials obtained via freedom of information legislation by a group of researchers interested in the potential of the medication has been published in the Multiple Sclerosis Journal. This study showed that as well as the clinical effects on relapses observed in the original trials, overall quality of life was also improved by cladribine tablets.

The dosing for cladribine tablets is unique for RRMS.  One or two tablets are taken for 5 consecutive days in the first week and this regime is repeated 4 weeks later. This is repeated a year later. A recent study confirmed remission after 2 years of treatment. Further research will be needed to determine how long this effect might last and what proportion of people might need to be retreated at a later date.

To date, there have been no clinical trials directly comparing the effect of taking cladribine to other medications. Researchers from the international clinical database, MSBase, published a comparison of the ‘real-world’ outcomes of cladribine treatment compared to a number of other MS medications. In this analysis, they showed that the reduction of relapses was similar between people on cladribine and fingolimod therapies. (its effect on reducing relapse activity was comparable to fingolimod,).  The effect on disability accrual was similar in people taking interferon β, fingolimod, and cladribine, and the sustained recovery from previously accrued disability was superior in people on cladribine tablets compared to people taking interferon β, fingolimod and natalizumab.

Like any medication, there is a risk of side effects. For cladribine treatment, these include lymphopenia (low levels of white blood cells), a slight increase in infections, headaches and symptoms similar to the common cold. A potential increase in the risk of cancer was suggested in the original trials and was one of the reasons cited by the US and Europe for not approving cladribine. However, further research including a combined analysis of data from the cladribine tablets and other MS medication trials involving over 2700 patients with up to 10 years follow-up, has revealed that the cancer risk for cladribine is no higher than other MS medications.

With this long term follow-up data and further research results providing a more comprehensive and positive risk-benefit profile for this medication, the European Medicines Agency (EMA) has now recommended approval of cladribine tablets for the treatment of people with relapsing forms of MS with high disease activity.

Merck, the company that supplies cladribine tablets, has also made a new submission to the Australian Pharmaceutical Benefits Advisory Committee, seeking PBS reimbursement of cladribine for use in people with relapsing remitting MS (read more here about how you can make a personal submission to the PBAC on MS medications under consideration here). At the moment only 3.5mg/kg tablets have been approved for use by the TGA. 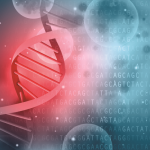 Unlocking the genetics of MS relapsesNews