People with MS are often very interested in the role of genes in MS. The genetics of MS has been a focus of research for many years and this has led to a great many insights into the causes of MS and the underlying biology of MS. People are often also concerned about the way MS occurs in families and the potential risk of other family members developing MS.

Put simply, genetics is the study of genes. Genes are the units of information found within almost every cell in the body. They are the instructions, or blueprint, inherited from our parents, and contain all the instructions required to build our bodies and help them function. Specifically, genes are the instructions to make proteins, which are the building blocks of the body. Genes are made of a chemical called deoxyribonucleic acid, better known as DNA. Genes influence many of our characteristics including the likelihood of developing disease.

The complete set of genes is called the genome and the human genome contains around 20,000 genes. Every person has two copies of each gene, one inherited from their mother and one inherited from their father. The code of each gene copy inherited from your parents can be the same or it can be slightly different. Changes to the genetic code are known as polymorphisms or mutations, mutations often refer to genetic changes that lead directly to disease. For some diseases, a single tiny change to a single gene can result in the person getting a disease. In other diseases, such as MS, the relationship with genes is more complex and researchers need to look at many changes in the genetic code across the genome to determine if there are any patterns.

Genetics and the risk of developing MS

MS is not, strictly speaking, a genetic disorder. True genetic disorders can be inherited in a specific and predictable way from parent to child. However, if you have MS, it is by no means definite that your children will develop MS. Often, there is no family history of MS, and only one person in a family may have it.

Genes do play a role in the risk of developing MS, but they are not the whole story. Both genes and other factors, such as environmental exposures, must combine to lead to the development of MS (see our article on Unravelling the causes of MS for more detail).

At present, over 200 subtle genetic changes have been linked to the risk of developing MS and this, in turn, has provided evidence on the mechanisms of MS. The gene with the strongest link to the risk of MS is called HLA-DRB15*01 and this is a major gene of the immune system. This gene is also more commonly found in people of northern European ancestry, which also partially explains why these populations are more likely to develop MS than people with other ethnic backgrounds. Many of the other more minor risk genes are also known to play a role in regulating the immune system. This makes sense since it is known that MS happens when the immune system mistakenly attacks the brain and spinal cord.

Risk in relatives of people with MS

It has been estimated that genetics accounts for just over half of the risk of developing MS, and those with a family history of MS are at more risk than the general population.

In an Australian study conducted in 2013, the researchers combined data from a number of previous international studies to determine the risk of MS in family members of people with MS. In this study, the overall risk of MS was calculated to be 1 in 625 for the general population worldwide. That is, one person in every 625 is at risk of developing MS (or 0.16%). This is the average risk world-wide, the number varies depending on where you live and your ethnicity. They found that the risk of developing MS varies according to how closely related a person is to a relative with MS. For example, in identical twins, who share all of their genetic make-up, the risk of MS in the second twin over their lifetime is 1 in 6 (or 18.2%). Whereas, siblings of a person with MS have a 1 in 37 (2.7%) chance of developing MS and non-identical twins, who have the same proportion of genes in common as siblings, have a lifetime risk of 1 in 22 (4.6%). This increase for non-identical twins compared to ordinary siblings is likely due to the very closely shared environmental factors experienced by non-identical twins.

What about genetic testing for MS?

While genes do play a role in MS, an individual’s risk of developing MS is influenced not just by one or two genes, but by a combination of all of their genes and the environmental factors that they have been exposed to over their lifetime. As such, a simple genetic test would not be able to accurately predict if a person will go on to develop MS and is not currently offered as part of routine care to relatives of people with MS.

Genetics and the MS disease course

As we know, MS can be a very variable disease, affecting people differently. Scientists have attempted to determine whether genes also play a role in the severity of MS and the type of MS that a person has in addition to the role that genes play in the risk of developing MS in the first place. This is still an area of active investigation, but recent research suggests that genes may influence disability progression in the mid-term but over the longer term of the disease, the role of genetics in disability outcomes seems to become less important. More details on this research can be found here.

The term ‘epigenetics’ – which literally translated means ‘next to genes’ – describes a variety of factors that influence the way DNA code is read by cells, without changing the actual DNA sequence.

Since every cell in the body contains all the genes in the genome, some will need to be inactivated in particular cell types, for example, genes related to brain function need to be silenced in cells of the liver. It is epigenetic processes that help to do this, by switching genes on or off, or regulating the level of gene activity in different cells in the body.

One epigenetic mechanism which is commonly studied is DNA methylation. DNA methylation refers to the ‘bookmarking’ of DNA with chemical tags at specific points in the DNA sequence. Researchers can study the levels and locations of DNA methylation and identify differences among individuals. MicroRNAs are another type of epigenetic mechanism, which are tiny pieces of genetic material found in cells that are able to turn particular genes on and off in different parts of the body.

DNA methylation and other epigenetic changes can be passed down when we inherit our genes from our parents, but they can also be modified by a variety of environmental factors. This therefore provides a potential connection which links the influence of genes and environment on health and disease.

The role of epigenetics in MS is a very active area of research both in Australia and worldwide. As epigenetics change according to cell type, most of the epigenetic research taking place in MS has focussed on cells from the immune system. MS Research Australia funded researchers from the Hunter Medical Research Institute, Professor Jeannette Lechner-Scott, Katherine Sanders and Dr Vicki Maltby have been looking at which types of immune cells are most likely to show epigenetic changes in MS and how this influences the behaviour of the immune cells. Other researchers, such as Professor David Booth and Dr Lawrence Ong from the Westmead Institute for Medical Research have been looking at how environmental factors such as vitamin D, influence epigenetics and immune cells in MS.

What is MS Research Australia doing with respect to genetics and MS?

MS Research Australia is funding a number of projects into the epigenetics and genetics of MS and profiles of these projects can be found on our projects we fund page of the website. It is particularly important to find out what each of the genetic changes is doing in MS, which cells it effects and how it effects their function – this will provide important clues to the biology of MS and reveal new ways to treat MS. It may even help us to identify which treatments are most likely to work in different individuals or how to avoid certain side effects.

In addition, MS Research Australia funds a long-term collaboration known as the Australian and New Zealand MS Genetics Consortium (ANZGene). ANZGene was formed as one of MS Research Australia’s research platforms in 2008. ANZGene brings together neurologists, geneticists, bioinformaticians and molecular biologists with an interest in the genetics of MS from Australia and New Zealand to formally collaborate on research projects. Members also participate in the international MS genetic effort via the International MS Genetics Consortium.

ANZGene has collected over 3500 DNA samples from people with MS to support their genetic studies. This collection is also provided upon application to researchers for use in MS research studies to facilitate further research in this area.

ANZGene has contributed to many of the advancements in our understanding of the genetics of MS over the years and ongoing studies in the field of epigenetics will shed light on the interactions between genes and the environment and provide wholly new insights into the mechanisms that underlie MS. 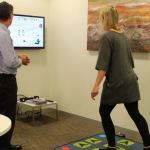