Use and safety of Gadolinium in MRI scans for MS

Gadolinium is a chemical that is known as a ‘contrast agent’, meaning that it shows up in X-rays and other imaging techniques. Chemical compounds containing gadolinium (GAD) are sometimes injected into a vein prior to a magnetic resonance imaging (MRI) scan, for example in diagnosis and monitoring of MS.

These gadolinium compounds do not normally enter the brain or spinal cord as they are excluded by the blood-brain-barrier. However, if there is active inflammation, as in an active MS lesion, and the blood-brain-barrier is ‘open’ or damaged, then the GAD can enter the brain and spinal cord tissue and shows up as an area of brightness in the MRI image. This helps clinicians and researchers to monitor how active a person’s MS is.

GAD compounds are generally considered safe enough to be used in most people. However, some people may have a reaction to GAD compounds or may have other medical conditions that make it unsafe to use (for example, certain kidney problems). Your neurologist and radiologist will look at your medical history to determine if there is any reason why you should not receive GAD before requesting a GAD MRI scan.

GAD MRI scans can be a very helpful part of diagnosing MS. They can also help monitor disease activity to help with decisions to start, continue or switch treatments. However, as the long term effects of repeated GAD MRI scans is currently unknown, most neurologists would limit the use of repeated GAD scans, and only request them when necessary or when required as part of a clinical trial.

There is a range of different GAD contrast agents that can be used. They are typically classified by their overall chemical formula as being either ‘linear’ or ‘macrocyclic’. Some recent studies have suggested that there is a possibility that GAD may accumulate in the brain over time. This recent paper suggested that ‘linear’ forms of GAD may accumulate in the brain, whereas ‘macrocyclic’ forms do not. A further paper published in July 2017 also showed that there was no evidence of accumulation of macrocyclic GAD in the brain in people who had received over 15 scans involving macrocyclic GAD.

The European Medicines Agency (EMA) and the US Food and Drug Administration (FDA) have both reviewed the current evidence on this issue and released their findings and recommendations.

In March 2017, the EMA Pharmacovigilance and Risk Assessment Committee (PRAC) recommended suspending the marketing authorisation for four types of linear gadolinium contrast agents as their review found evidence that the use of these agents may lead to small amounts of gadolinium being deposited in the brain. This recommendation is currently being considered by the EMA’s Committee for Medicinal Products for Human Use (CHMP). Although no symptoms or diseases linked to gadolinium in the brain have been reported, the PRAC took a precautionary approach, noting that data on the long-term effects in the brain are limited.

In May 2017, the FDA concluded their review which also identified that linear GAD compounds retain more gadolinium in the brain than macrocyclic compounds, but there was no evidence that this was associated with any adverse health effects. As a result they have concluded that restricting the use of GAD contrast agents is not warranted at this time. They will continue to assess the safety of GAD agents.

The Australian Therapeutic Goods Administration (TGA) has provided a safety advisory update on their website with further information on their current position, which is in line with the FDA position.

Neurologists and radiologists are also exploring new automated methods of image analysis that have increased sensitivity to detect the new and/or enlarging lesions that would normally be identified using GAD. This will also reduce the future need for GAD use during MRI scans.

If you have questions or concerns about the use of GAD in your MRI scans please discuss this with your neurologist. 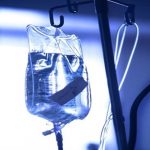 Use and safety of Gadolinium in MRI scans for MS