Bladder and bowel symptoms commonly occur in MS. The symptoms, including incontinence from the bladder and bowel, can have a profound effect upon an individual’s quality of life and self-esteem. If left untreated some urinary problems can have serious long term effects. Although research has highlighted the benefit in treating bladder and bowel problems, symptoms are often disregarded or tolerated by the individual, and overlooked or poorly managed by health professionals.

The Eastern Health MS Service has previously trialled a screening tool for the purpose of determining the extent of bladder and bowel problems in over 100 MS patients and found many had urinary and bowel problems including incontinence, and had not previously mentioned their problem to their neurologist or MS nurse. Previous MS Research Australia funded work refined the screening tool and implemented it through MS nurses in Australia.

During the pilot study and Phase I of this study, a version of the continence screening tool was administered to 179 people with MS.  These participants were recruited from the Eastern Health MS Service.  An additional 50 people with no known MS diagnosis were screened from a pool of staff and family and friends accompanying patients to their routine clinic visits. It was evident from data analysis comparing the two groups that the tool easily differentiated between MS patients and non-MS participants on almost every question of the continence screening tool. Encouragingly, the distribution of responses to almost every question in people with MS was broad, allowing for greater capacity to measure change in responses following the commencement of treatment.

From this process the final version of the continence screening tool was finalised for the prevalence study aspect of the project. This one page double-sided tool taking MS Nurses up to 10 minutes to complete, aims to determine the nature of continence symptoms which explores the degree of bother and impact of bladder and bowel symptoms, and measures the prevalence of symptoms in MS populations around Australia and New Zealand.

Currently 36 Australian MS Nurses are actively recruiting, with over 350 patients recruited from 6 Australian States. Three more individual sites are currently still seeking ethics approval to commence participation. Additionally, in partnership with MS Australia and the Continence Foundation of Australia, continence workshops were delivered in all States around Australia to 96 MS Nurses by the principal investigator. 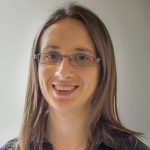