Development of a cellular therapy for MS MS is a disease resulting from damage to the insulating substance around nerve fibres in the brain and spinal cord, called myelin. It occurs when the body’s own immune system mistakenly identifies myelin as a foreign invader. MS most commonly presents with a relapsing-remitting (RRMS) disease course, which is categorised by flare-ups followed by periods of recovery. However, many people with RRMS end up developing secondary progressive MS (SPMS), which is categorised by a steady worsening of symptoms without recovery. A minority of people present with primary progressive MS (PPMS), where there is a steady accumulation of disability right from diagnosis.

While many treatments are now available for RRMS, there are few effective therapies for progressive MS that prevent the worsening of disability. This may be because there are different biological processes involved in relapsing and progressive MS. Current therapies generally target cells in the immune system that are thought to directly attack nerve cells. However, a potentially more potent approach is to dampen down the initial stimulation of the immune system. This could be done by having a treatment that mimics the natural signals that dampen down immune responses.

Existing work from this laboratory group has identified some of these signals. They have also found a gene involved in regulating the immune response, found in 40% of Caucasian people with MS, which can increase the likelihood of developing progressive MS.

The aim of this project is to study ways to dampen down the abnormal immune activation in MS, which will hopefully lead to new ways of combatting MS.

Dr Li has tested several different ways to isolate immune cells from whole blood and drive them to develop into dendritic cells (DCs), which are cells that can initiate the immune response.

She has demonstrated these cells grown in the lab have the correct proteins on their surface, and when they are stimulated, they activate a gene known as MERTK. This gene might help in making dendritic cells less likely to direct immune attacks on the body.

Dr Li has also identified two individuals with MS that carry two copies of a MS risk gene known as HLA-DRB1*1501 that increases the likelihood of developing MS. She has collected immune cells from these individuals to allow analysis of the cellular response in people who carry this gene and whether it is different to people without this risk gene.

She has also generated compounds from a recently identified protein that appears to help drive MS in a significant number of people who carry this risk gene. From this, she has identified certain compounds that appear to be preferentially taken up to activate the immune system and has shown that this can be modified by an anti-inflammatory drug. Dr Li has now begun adding the disease-inducing compounds to immune cells grown in these anti-inflammatory conditions to determine whether disease inducing capacity is reversed to a protective influence. Applying low intensity currents to the brain to reduce fatigue 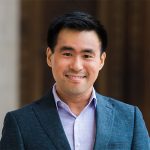 How vitamin D affects the immune system in MS

Development of a cellular therapy for MS