The University of Western Australia, WA

The factors thought to contribute to the debilitating symptoms of MS are poorly understood. While general consensus seems to be that environmental and genetic factors are the predominant risk-determining elements, a multi-faceted view incorporating many other factors is probably more accurate.

In this study, Kirsten Bennet will collate data from many Western Australians with MS to investigate whether there is indeed any correlation between Helicobacter pylori infection and the risk of developing different types of MS. Subsequently, these findings will be linked to genetic factors.

The basis of the hygiene hypothesis is the suggestion that when children suffer infection with a pathogen, such as the bacterium Helicobacter pylori, they are less likely to develop allergies in adulthood. This is believed to be attributable to a down-regulation of the immune system. Given that MS is also a disease involving the immune system, it is reasonable to consider that perhaps infection with Helicobacter pylori could have a protective effect and reduce the likelihood of developing autoimmune diseases.

If Helicobacter pylori has a protective effect it would introduce a whole new avenue for targeted drug delivery systems and immunotherapy for improving the treatment and management of MS.

Serum samples taken from 300 people with MS and 300 age and sex matched control individuals without MS were tested for the presence of Helicobacter pylori antibodies, which would indicate a past infection. The results show that previous infection of Helicobacter pylori was marginally lower in people with MS (15%) than the control group (21%), which was statistically significantly different. This difference was seen in females with MS, but not in the male subpopulation.

Analysis was also performed according to age-at-sampling, since an older population sample would be more likely to have been infected. As expected based on epidemiology of H. pylori infection, this analysis showed there is a marginal increase in the rate of infection as age-at-sample increases in controls, but interestingly there was little evidence of this pattern among cases. The effect was again most notable among females and not males. When examining data on female MS cases, there is a much higher rate of previous infection in those with a primary progressive phenotype.

These results suggest that previous infection with Helicobacter pylori may be protective against MS in females, or that infection is a surrogate marker for the hygiene hypothesis. This data will now be incorporated into a larger analysis, involving month-of-birth and genetic studies. 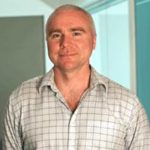