Follicular helper T cells in the prevention of EAE

The development of multiple sclerosis (MS) is likely to be determined by genetic and environmental factors. We have recently discovered a new gene, Roquin, which appears to be repress our immune cells – T cells – to attack our own tissues through a pathway that was also previously unknown. While mice with dysfunctional Roquin develop autoimmune diseases including diabetes, they are protected against experimental autoimmune encephalitis (EAE), a mouse model of multiple sclerosis.

We have established Roquin mutant mice fail to sustain proliferation of T cells able to recognise myelin antigens and migrate to the CNS to cause EAE. When non-mutant T cells specific for the myelin protein MOG are passively transferred into roquin mutant mice they are incapable to cause disease, while if transferred into non-mutant mice these T cells induce severe disease. This suggests the presence of a protective factor/s produced by Roquin-mutant mice that halts the activity of MOG reactive cells. Further characterisation of the mutant mouse has lead to the discovery of a cell population in the spleen of these mice which has regulatory function. Our preliminary studies have confirmed the capacity of these cells to control proliferation of T cells and we are currently deciphering the mechanisms whereby myelin specific T cells are shut down.

Understanding how a novel gene like Roquin potently modulates the course of MS will help find more specific treatments.

Inflammatory responses are generally accompanied by responses that curtail tissue damage and initiate repair. In MS therapies aiming to decrease immune activity in the CNS are under investigation due to their disease-halting potential. Many advances have been made in the last decade, however much is still to be learnt. We have developed a laboratory model that is resistant to developing EAE – a mouse model of MS. In these models the myeloid cells suppress T cell responses and modulate CNS inflammation. We have identified a cell population present that is over active when the gene Roquin is mutated. These cells are of myeloid origin, expresses high levels of CD11b and Gr1 and corresponds to the so-called “myeloid suppressor cells”. Roquinsan/san myeloid suppressor cells have a potent suppressive activity compared to their wild type counterparts, repress the generation and proliferation of MOG-specific Th-17 cells and modulate the entry of encephalotigenic T cells to the CNS. Importantly, passive transfer of these cells into wild type recipients delays EAE development.

Understanding how a novel gene like roquin potently modulates the course of MS will help find novel specific treatments for this disease. 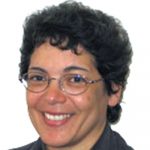 Follicular helper T cells in the prevention of EAE