Epigenetics is a fascinating and relatively new area of research in MS, and in cell biology in general. We all have our genes “encoded” within our DNA sequence. Every cell in the body contains copies of the whole human genome, but not all of the genetic code gets used in every cell.

Epigenetics is the study of which genes get turned “on” or “off”; and therefore which proteins get produced in the cell, to serve specific functions. Genes can be turned on or off to make different cell types. In addition, they can be turned on or off so that cells can respond appropriately to various challenges or insults.  It is also possible they are “preset” to some extent from childhood, or even by genetics.

Professor Scott’s team is examining how far individual genes are being switched on and off in the blood (the circulating immune system) in people with MS with severe disability compared to mild disease.

Incredibly, latest technology allows researchers to measure this for every single gene in the entire human genome in one experiment, and at a feasible cost. This provides researchers with a wealth of information at one pass.

The aim of this work is to use this powerful tool to find new markers of disease severity.

Thus far, the group has achieved a major milestone by collecting blood samples from a very large number of people with MS for the analysis. DNA has been extracted from two groups of 150 people with relapsing-remitting MS: one group with mild disease, and one with severe disease. In addition, genetic variation (variation in the DNA sequence) has been determined in these people.

Professor Scott’s team will analyse the epigenetics in the blood, to determine the extent to which individual genes in the blood are switched on or off. The ultimate aim is to discover genes involved in severe disability in MS. The hope is that this research will address a “holy grail” of worldwide MS research efforts: to contribute to better treatment of disability progression in MS. 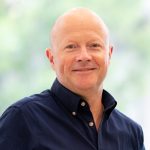 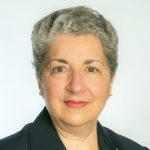 Tracking gait and balance changes in people with MS