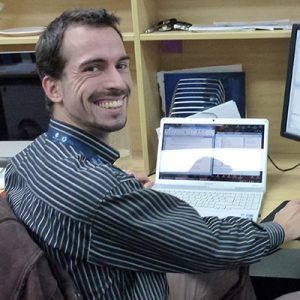 A variety of therapies are available to treat symptoms of multiple sclerosis (MS) and to reduce disability progression, yet the response to treatment varies greatly among people with MS.

Currently, the ‘first-line’ immune-modifying medications (interferon beta or glatiramer acetate) are chosen as the initial therapies for the majority of people with MS. However, in a number of individuals, the effect of the initial treatment might prove to be unsatisfactory, indicating that a change in therapy is needed. One of the options is to switch between interferon and glatiramer acetate, however, to date there is no evidence on the long-term effect of the switch between the first-line drugs.

Another option is escalation of treatment, for example switching to one of the second-line drugs. These have more potent anti-inflammatory, immunoregulatory or immunosuppressive properties, but also have the disadvantage of more serious side effects and a higher cost than the first-line drugs.

Second-line drugs include the chemotherapeutics mitoxantrone and cladribine, and the inhibitors of white blood cell migration, natalizumab and fingolimod. Despite evidence that these drugs have a greater effect than the first-line treatments, the categories of patients that could benefit from the treatment escalation have not yet been clearly defined. There has also been no evaluation of the long-term outcomes of the decision to escalate treatment in people with MS.

In this project, Associate Professor Kalincik will use the MSBase registry, the largest international multiple sclerosis registry, which contains clinical data from more than 16,400 patients, to address these questions of long-term outcomes of treatment decisions in individuals with multiple sclerosis.

The results of this study will help guide neurologists to improve treatment decisions in the light of their long-term outcomes. In addition, a web-based risk calculator will be developed to assist doctors to make evidence-based decisions to tailor treatments for individuals with MS.

In the first year of the project, Associate Professor Kalincik has obtained patient data from the MSBase registry for those people who met inclusion criteria and used the data to validate his method for running the ‘virtual clinical trials’ on MSBase. In a pilot study, Associate Professor Kalincik compared eligible patients treated with either of the two available doses of interferon beta 1a. This analysis used 1188 patients on the lower dose and 2488 on the higher dose. Looking at a range of variables (such as patient age, disease duration, annualised relapse rate, disability, disease course, number of relatives with MS and MS centre) it was determined that dosage was driven by the presence or absence of neurological disability and MS centre. Patients from the low dose and high dose groups were very carefully matched on variables and a comparison showed that the different doses did not show any differences on relapse rates or disability scores, after two years of continuous therapy.

A second analysis showed that for those with magnetic resonance imaging information, assignation to the higher interferon beta 1a dosage was driven by a high number of hyperintense T2 brain lesions (≥9). Similarly to the first set of results, there were no differences in clinical endpoints at the end of two years. The work has been published in the respected scientific journal PLoS One.

Associate Professor Kalincik then examined the outcomes of two-year initial treatment with all commonly available first-line disease modifying drugs (i.e. interferon beta 1a SC 22 or 44μg thrice weekly [Rebif], SC 250μg alternate days [Betaferon], IM 30μg once weekly [Avonex] or glatiramer acetate SC 20mg once daily [Copaxone]). The most common determinants of treatment assignation were pre-treatment relapse rate, disability, MS course, age and sex. Comparison between the annual relapse rates and changes in disability after two years of continuous treatment showed that subcutaneous interferon β-1a and glatiramer acetate were slightly but significantly more effective than intramuscular interferon β-1a and interferon β-1b in relapse rate reduction. There were no differences among these agents in the accumulation of disability.

More recently, Associate Professor Kalincik and colleagues examined the effects of switching from first-line therapies (injectable interferons, glatiramer acetate) to second-line therapies (fingolimod, natalizumab), and has a number of manuscripts currently being considered for publication.

In addition, a large-scale study of 11, 570 individuals from the MSBase registry revealed that women tend to relapse slightly more often than men. However, this difference disappears over time, and the effect is most directly related to increasing age rather than disease duration.

Another comparison of 14, 969 individuals revealed that different groups of people may be more prone to different types of relapse. In this study, women more frequently reported relapses affecting visual or sensory function, while men more commonly reported relapses affecting motor function. In addition, younger people or those with early MS tended to experience relapses within visual and sensory function, while older people or those later in the disease more commonly reported motor relapses and bowel or bladder relapses.

The outcomes of these studies have been used to develop an online tool named MS Curves, which contains information about the typical course of disability among people with MS, and allows a clinician to compare an individual against population trends. This tool will help clinicians identify the disease modifying treatment most likely to be effective in individual patients, ideally prior to its commencement. MS Curves is currently available to registered members of MSBase, but will soon be available for the general public. 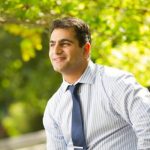 Understanding the repair mechanisms in MS – a proteomics approach