MS is a very varied disease, and the course an individual person’s disease will take cannot currently be predicted. A majority of people are originally diagnosed with relapsing-remitting MS, of whom over 90% will eventually go on to develop secondary progressive MS over their lifetime, while the rest do not. However, it is unclear what factors are responsible for the transition to progressive disease. While large genetic studies have identified over 200 genes involved in the risk of developing relapsing remitting MS, similar studies in progressive MS have not found risk genes that contribute to the transition to progressive forms of MS.

Associate Professor Rubio is examining the DNA and genes of individual brain cells of people with MS. This is because not all cells in our bodies are the same. Despite cells starting off containing the same DNA, individual cells can develop genetic mutations as we age. These mutations in individual cells may influence the way those cells act and function. Associate Professor Rubio aims to investigate if mutations in individual brain cells in people with MS might be responsible for the development of progressive MS.

In this project, Associate Professor Rubio and his team will isolate single cells from the post-mortem brain tissue of people who had MS during their life. Using a process called Next Generation Sequencing, his team will then study the DNA of these cells. By doing this, he is hoping to determine which genes are involved in progressive MS. This approach could pave the way for the development of new therapies for progressive MS.

Associate Professor Rubio and his team have isolated and analysed DNA from nerve cells and myelin producing cells from the brain tissue of people with progressive MS. Using cutting-edge technology, the team have investigated the entire DNA content (whole genome) of 52 individual nerve cells and myelin producing cells, with a further 22 genomes underway and more to come. They are currently in the process of analysing the data using state-of-the-art computational tools tailored to analyse individual cells.

The team have discovered that nerve cells and myelin producing cells affected by MS have similar numbers of genetic mutations, but for both cell types, there is preliminary evidence suggesting that the rate of mutations is higher in tissue containing lesions than tissue not affected by lesions. The work from this project will hopefully improve our understanding of the biological processes underpinning neurodegeneration, which may pave the way for the development of targeted therapies for progressive MS.

The team are preparing to publish their results in a scientific journal and have also presented their work at a national conference. This project grant helped Associate Professor Rubio leverage a further $1 million from the NHMRC to follow up this work. 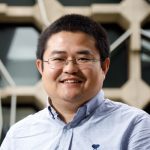 Analysing the sex chromosomes in MS