During hot weather, physicians will often recommend that people with MS minimize their exposure to hot environments and avoid exercise or intense physical work. However this is not always easy or practical to achieve. The advice aims to help reduce the risk of core temperature increases and worsening of MS symptoms. However, it is still not known whether heat intolerance arises as a result of impaired central thermoregulation – the ability of the brain to control body temperature – or another reason.

The ability to sweat and the flow of blood to the skin are techniques used to cool the body. They are each controlled by a separate system in the brain, and it is not known whether the overheating experienced by many people with MS is a result of one, or both, of these systems failing. Dr Jay’s project aims to examine this in people with relapsing remitting MS, and will use novel techniques to determine if MS is associated with differences in these systems compared to heat regulation in people without MS.

This information will be used to develop evidence-based guidelines for safe physical activity levels for people with MS throughout the hot summer months in Australia; and also to identify potential therapies/interventions to improve thermoregulation (e.g. aerobic training, pharmacological interventions) in people with MS.

In this very successful incubator grant, Dr Jay and his team recruited 24 participants to perform exercise on three separate occasions in a temperature controlled environment. He measured their ability to sweat and regulate their blood flow around their periphery (the outer parts of their body).

The researchers discovered that following controlled exercise, people with MS had a reduced ability to regulate their temperature, resulting in about a 0.5 degree Celsius increase in body temperature compared to those without MS. This was associated with a reduction in sweating and flow of blood to the skin, both of which reduces heat dissipation from the skin surface to the surrounding environment via evaporation.

The team noticed an interaction between thermoregulation and age in people with MS. They are currently recruiting more participants to explore this further.

Dr Jay’s research shows that thermoregulation in people with MS is not operating as it should be. As the majority of body heat is dissipated by sweat evaporation in hot environments, then a reduced sweating response will result in greater retention of heat in the body. Dr Jay and other researchers can now develop methods to help promote heat loss in people with MS that target or overcome the specific mechanisms at play in MS.

This incubator grant has allowed Dr Jay to develop collaborations with researchers in the USA, UK and Australia. The work has also been presented at international conferences, and allowed Dr Jay to receive further funding from other sources to travel to form collaborations and learn new skills. He was also able to purchase a portable metabolic unit with funds granted from the University of Sydney. 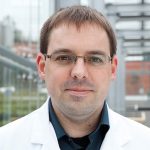 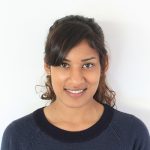