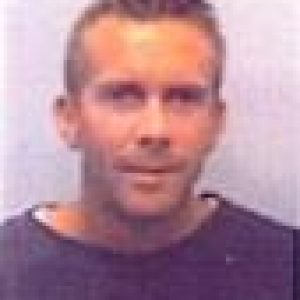 MS is a demyelinating disease with an active immune involvement. The cause remains unknown. The disease affects young adults with an increased prevalence in women. The prevalence varies with ethnic origin, geography, and family history. These characteristics indicate that MS is a complex disorder that may involve interacting causal components. However, studies indicate an increased familial occurrence that may indicate that a genetic predisposition is involved. It is possible that such a genetic involvement may be detected through an investigation of altered patterns of gene activity.

This study will use a comprehensive screening approach to investigate the level of activity of MS genes within tissues (gene expression). This approach will investigate genes from the five major genetic regions which play a role in MS susceptibility, as well as other candidate genes implicated by immunological, genetic or biological studies; to see which genes show expression differences in MS affected tissue. To date, research on MS has been focused on identifying the candidate genes that may contribute to MS susceptibility. Rapid, high throughput technologies can now be employed to glean information on the functional impact of these genetic variations on the level of gene activity. If we can identify gene expression differences, we may be able to home in on genes implicated in the molecular mechanisms of this disease. Essentially this may then have significant diagnostic and therapeutic benefits.

Mr Mackenzie has made excellent progress on his project investigating differences in gene activity in people with MS compared to those without MS. The aim of the research is to pinpoint genes that are involved in the development of MS, in order to shed new light on the mechanism of disease and allow new approaches to treatment to be considered.

In his project, Mr Mackenzie has been using array technology, which allows him to examine the activity of all genes at once. He has identified five genetic regions that showed different levels of activity in the blood of people with MS when compared with blood from unaffected individuals. These regions are found on chromosomes 5, 6, 7, 17 and 19. Mr Mackenzie has completed follow-up work of these regions looking at specific genes involved with vitamin D and sex hormones and these results are now ready for publication. Mr Mackenzie said this work has ‘yielded very interesting results that may have implications for some people with MS’.

The next phase of this project used the same techniques to examine the brain tissue of people with MS and looked for differences when compared with healthy tissue. This work will determine whether gene activity is altered at the site of the disease, within the lesions of an MS affected brain. He has identified individual genes that showed changes in MS and also groups of genes involved together in particular processes (gene pathways). The functional connections between genes are very important and Mr Mackenzie therefore expects his gene pathway study to identify new candidate genes for further investigation. Tissue studies such as Mr Mackenzie’s are incredibly important to find new molecules that provide new targets for the design of MS therapies.

Mr Mackenzie has presented his research findings at numerous conferences and published three scientific publications with another underway (marked with an asterisk below). 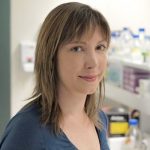 Genetic changes in people with MS