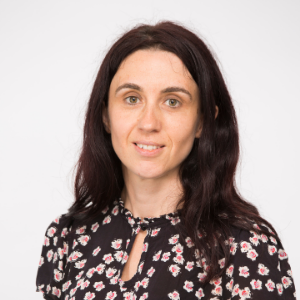 Diet can play a role in MS, yet there is no optimal diet recommended for people with MS. Associate Professor Laurence Macia has previously identified that increased intake of dietary protein promotes the growth of gut bacteria which might be beneficial in MS. It has been shown that these bacteria influence the immune system and potentially decrease the development of inflammatory immune cells that play a role in MS.

In this project, Associate Professor Macia and her team are testing whether an increased dietary protein intake helps restore healthy bacteria in the gut, reduces the number of inflammatory cells and ultimately reduces the severity of MS.

Associate Professor Macia and her team will investigate in laboratory models of MS whether changes in dietary protein intake will 1) beneficially change the gut microbiota composition and 2) balance the immune system towards an anti-inflammatory state, which they believe will have beneficial clinical outcomes.

In the longer term, this project will hopefully lead to better dietary recommendations for people with MS and to the development of novel strategies to boost the effectiveness of current treatments. While recent studies have highlighted the "power" of nutrition on the immune system and health in general, this dietary intervention could provide an ideal strategy to safely restore immune function and improve health in people with MS, with few, if any, side effects. It is hoped that this work will provide the critical proof-of-concept that simple lifestyle changes could dramatically improve MS.

In this project, Associate Professor Laurence Macia investigated how diet composition may affect the immune response and therefore may be protective in MS. Laboratory models of MS were fed diets that were either enriched in protein (high protein diet), low in protein but enriched in fat (high fat diet), or high in carbohydrates (high carbohydrate diet).

The teams’ initial hypothesis was that the high protein diet would be protective in laboratory models of MS as they found that this diet increased the gut bacteria Lactobacilli, which were previously correlated with clinical improvement. However, they found that dietary protein had no impact on the disease severity suggesting that Lactobacilli played no beneficial roles.

The team also identified that the group fed a carbohydrate enriched diet developed the most severe symptoms.

The team are currently investigating the gut microbiota composition in laboratory models fed on the different diets. The AMSLS COVID-19 and MS Study 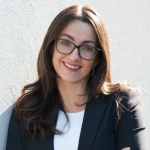 Antibody to SARS-CoV2 in the MS population