MS is a chronic inflammatory disease of the central nervous system and the most common cause of neurological disability in young adults. It is striking how disease modifying treatments (DMT) do not work in progressive MS, and even when new areas of inflammation are suppressed, there are many symptoms that are not controlled by therapy.

This study undertaken by Prof Simon Hawke and his colleague Dr Ka Ka Ting, will investigate whether chronic inflammation in MS brain microvessels leads to dysfunction of the blood brain barrier (BBB) and contributes to the development of brain shrinkage, cognitive impairment, fatigue and depression, which are all recognized early in the course of the disease.

Given the extremely rapid and serious consequences of interrupting the brain’s blood supply (resulting in a stroke) and the unique characteristics of the blood brain barrier in limiting transport of molecules to the brain, Prof Hawke suggests that problems with transporter proteins may lead to MS. A lack of, or toxic levels of, important brain chemicals in MS might affect general brain function and might explain the progressive loss of brain tissue and general symptoms such as fatigue, depression and cognitive problems in MS.

Using powerful DNA gene chip technology, Prof Hawke and colleagues have been identifying genes that are turned on and off in blood vessels purified from the brains of people with MS that have been donated for research after their death. These studies performed in people who have had MS for many years, show that considerable inflammation persists in blood vessels and others have shown the same for the brain as a whole, even years after MS has been diagnosed. As well as identifying that inflammation is present in brain blood vessels, Prof Hawke also found that the gene activity relating to a number of proteins important for transporting nutrients into the brain were also abnormal in MS compared to the normal brain tissue.

Prof Hawke then went on to develop a new test to determine the levels of two important chemicals, glutamine and glutamate, in brain tissue. Glutamine and glutamate are thought to damage nerve cells and the tests showed that glutamate was increased in brain regions in which inflammation is active. Finally, Prof Hawke wondered if the inflammation seen may have been caused by one or more of a group of viruses called the herpes viruses that include the Epstein Barr virus (EBV), the glandular fever virus. However using highly sensitive methods that detect all eight human herpes viruses, only a single positive sample (containing EBV) was found in 12 tissue samples tested and this part of the project remains inconclusive.

The importance of the blood brain barrier in MS is clearly shown by the beneficial effects of a drug that blocks cells from crossing this barrier. However, this treatment is not without side effects and as such research into the factors which are involved in allowing cells to cross into the brain remains important and may potentially lead to better therapies to treat MS. 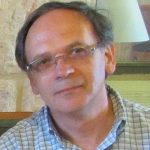 Defining a measure of inflammatory demyelination

Biomarkers to predict disease activity in patients with early MS