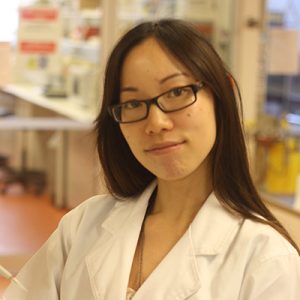 Dr Cheryl Li works with Associate Professor Michael Buckland, the co-director of the MS Research Australia Brain Bank, based at the Brain and Mind Research Institute at the University of Sydney. Dr Li’s work involves analysing genes expressed in the brain tissue of people who had MS in order to understand what may be causing the disease.

Using tissue donated to the Brain Bank, Dr Li used specialised analysis techniques to study the genes that are switched on and off in the brain and comparing this with brain tissue from healthy individuals. Using this travelling grant, Dr Li will travel to the lab of Professor Jonathan Mill at the Institute of Psychiatry, King’s College London, who is a renowned expert in the genetic study of post-mortem tissue samples. During her stay, Dr Li will learn new techniques to analyse this data and present her work to collaborators in the UK who study MS and other neurological disorders.

While visiting Dr Mill’s lab, Dr Li will undertake extensive DNA profiling of the tissue from 12 people with MS who donated their brains to the Brain Bank in the UK. Dr Li will study the tissue from a specific region of the brain, the thalamus, which has been shown to be important in MS. This project will help us to understand the genes that may be incorrectly switched on or off in the brain of people with MS by methylation, a chemical tag which is attached to DNA. This work will assist in the understanding of what may trigger the disease, and also to provide new targets for future study to develop new treatments for MS.

Dr Li visited the laboratories of Professor Jonathon Mill, at Kings College in London and the University of Exeter between April and June 2015. During her stay, Dr Li learned a number of cutting-edge analysis techniques for methylation, which is a molecular tag which turns genes on and off. Her visit also allowed Dr Li to attend the 4th annual 450K Methylation Array Analysis workshop in London and meet with researchers working on similar studies for a range of diseases.

Dr Li identified that in brain tissue from people with MS there were differences in the level of methylation when compared to brain tissue from people unaffected by MS. These genes were associated with activation of the immune system and brain development, some of which were previously not known to be linked to MS. Since the areas of brain that were examined in this project were not yet affected by disease, these findings give us a clue about potential triggers and causes of MS.

Most importantly, Dr Li was able to meet, discuss her research and train with many other researchers studying brain DNA methylation and the associated techniques while working in the UK. 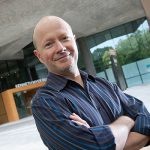 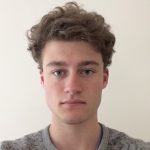 Testing the effects of UV radiation on immune system activity