Certain genes are associated with a higher risk of developing MS. Some of these genes, including EOMES and TBX21 are involved in the development of cells of the immune system. In particular EOMES and TBX21 are active in a type of immune cell known as natural killer (NK) cells.

It has been shown in laboratory models of MS, that when NK cells are not functioning properly the disease is more severe. The MS therapy, daclizumab (Zinbryta), is also known to increase the numbers of NK cells in the brain and spinal cord. How this increase in NK cells helps to prevent relapses is not clearly understood. However, there is some laboratory evidence to suggest the NK cells protect the brain by removing microglial cells, a type of cell in the brain that contribute to myelin damage.

In this Incubator Grant, Dr Nicola Fewings will investigate the interaction of these NK cells with microglial cells. She will confirm whether NK cells kill microglial cells, how to enhance this ability, and if this enhanced killing of microglial cells prevents the relapses and progression of disability associated with an MS-like illness in mice. To enhance the NK cells killing ability she will use chemicals to target the activity of the EOMES and TBX21 genes described above.

These studies could lead to the repurposing of NK-activating drugs that have already been approved to treat other diseases.

It is hoped that findings from this work will lead to NK-activating therapeutic drugs that could reduce myelin damage in people with MS. 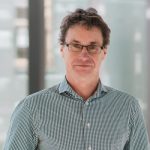 Improving the response to trips and slips in people with MS 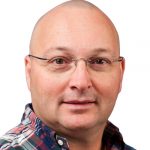