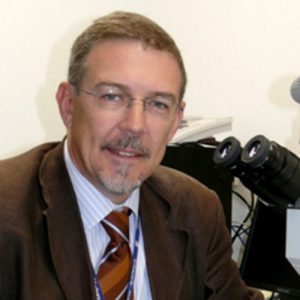 MS is the result of the immune system attacking parts of the brain and spinal cord, often followed by periods of disease remission. Many current treatments suppress the immune system and need to be administered on an ongoing basis, while some of the newer treatments achieve long term disease suppression after only a few doses. In addition, some people do not respond to specific MS treatments.

In this project Professor Georges Grau aimed to understand the immune changes associated with these  observations, by -exploring the different  immune cells in the blood.

His team profiled the immune cells of people with MS compared to those without MS, in response to various MS treatments, in people with very active MS compared to very mild or inactive disease, and in the conversion from the first demyelinating episode that may indicate MS  (known as "clinically isolated syndrome") to clinically definite MS (confirmed MS).

Professor Grau and his colleagues explored the differences in immune cells in MS using cutting-edge technology called mass cytometry, that allows measurement of 30-40 markers on the cell at once. They custom designed mass cytometry tests to look at the immune cells in MS in a very detailed way.  Using these, they identified new subsets of B cells (called IgG3-positive B cells) and showed that some of these are associated with autoimmune attacks on the brain and spinal cord. Interestingly, treatment with UV light ("narrowband UVB therapy") reduced one of these subsets of B cells. These results highlight the potential for therapies that specifically target IgG3+ B cells to impact MS progression.

The team were not only interested in the changes in MS, but also in the effects of disease modifying therapy (DMT) for MS.  Immune cells changes before and after cladribine (“Mavenclad”) and alemtuzumab ('Lemtrada”) have been of particular interest. The team found that alemtuzumab changes the balance of several B cell subsets, and that some of the B cell subsets altered by alemtuzumab are associated with MS relapse. Alemtuzumab is also able to reverse some of the MS-related changes in innate immune cells, which are part of the body's first line of defence, but increasingly have been shown to be important players in disease processes In MS. Disease remission induced by cladribine was associated with changes in both T cells and three previously unrecognised subsets of B cells.

It is hoped that identification of immune cell subsets in this project associated with active MS and with effective treatment will lead to a better understanding of disease activity and progression, and to new and more specific therapies. This work has already led to the publication of one scientific paper and two further manuscripts are currently being prepared for publication. 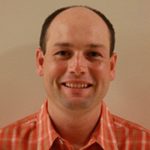