The role of monocytes in MS relapses 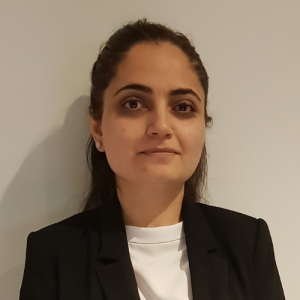 Multiple sclerosis (MS) is a disease in which the body’s immune system mistakenly attacks the protective myelin coating on the nerve cells in the brain and the spinal cord. In most people, the initial stages of their MS are characterised by exacerbations or “relapses” of disease, that involve worsening of symptoms such as limb weakness, blurred painful vision, numbness, or pins and needles. Between relapses the symptoms may dissipate completely, however permanent neurological deficits often remain leading to accumulation of disability. The triggers and mechanisms involved in MS relapse are not clear. Steroids are generally used to treat MS relapses, but these have many side effects, and better treatment options for relapse are needed.

In this 3-year project, Dr Monif’s team will examine the role of a specific immune cell called the monocyte in MS relapses. Monocytes are found in the blood but can enter the brain and are found in large numbers within the injured areas of the brain and spinal cord in MS. There is accumulating evidence that activation of these immune cells can contribute to worsening of MS. In particular, the project will focus on a protein, the P2X7 receptor (P2X7R) which is found on the surface of monocytes.

In this study, the team is recruiting participants from 3 major health centres in Victoria who are having acute MS relapses. Monocytes are isolated from blood samples and studies conducted to understand the role of P2X7R in MS relapse. Dr Monif has found that P2X7R protein is more active in monocytes at the time of MS relapse and that it can activate other brain immune cells. In addition, monocytes from people with MS produce higher levels of an inflammatory molecule known as interleukin-1 beta. The team propose that P2X7R is driving production of this molecule, leading to inflammation.

Dr Monif has also collected a biobank of monocytes and blood serum from people with MS in relapse versus remission. The next step is to compare which genes are switched on and off in monocytes, and which inflammatory signalling molecules are present in the blood in these two states. This will be an important step in defining the changes in monocytes during relapse and related immune pathways. The ultimate aim of this work is to develop therapies targeting P2X7R that could potentially halt MS relapse. Crisis resilience in persons with MS 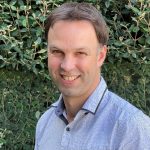 Are cells at the brain-blood interface the cells that initiate MS?

The role of monocytes in MS relapses