In this project Brett will be determining whether or not there are antibodies present in the blood of people with MS patients that react against  modified forms of the proteins within the mylein sheath that surrounds nerve fibres.

Initial findings suggest that these antibodies are present and that there may be differences depending on whether an individual has relapsing or progressing MS.

Brett has also investigated the possibility that parts of proteins, known as peptides, that are modified bind more tightly to molecules on the cell surface, which present them to cells of the immune system. Brett is currently developing a new technique that will give us a much more definitive answer to this question.

Brett Drummond is investigating various aspects of the immune response to modified myelin proteins. There is evidence that a protein modification, a process known as ‘citrullination’, may play a role in MS.

Gaining a better understanding of the targets of the immune system is critical in improving therapeutic agents and diagnosis of the disease, as well as being vital in the search for a cure. Whilst more and more information is being gathered about the disease process in MS, very little is still understood about the cause of MS.

Initial work on this project focussed on creating a system to express, purify and modify these human myelin proteins using bacteria. This has been achieved successfully and these procedures are now efficiently and reproducibly performed routinely in our laboratory. Using these modified myelin proteins, Brett has also managed to investigate patient antibody responses.

After the analysis of 41 patients across all clinical sub-groups, Brett has started to obtain a picture of differential antibody responses. Preliminary data indicates a possible role for antibodies against modified myelin proteins being associated with progressive forms of MS. Further investigation on a larger cohort of patients is required to make a definitive statement. 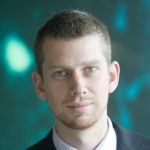 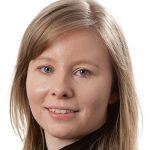 Stimulation of the innate immune system