Oligodendrocytes are the cells in the central nervous system (i.e. the brain and spinal cord) that produce myelin, the insulating layer around nerve cells. Loss of oligodendrocytes and myelin are key features of MS. Dr Emery has recently identified a protein known as Myelin Gene Regulatory Factor (MRF) that MRF acts as a transcriptional regulator, a ‘master gene’ that turns other genes on and off. MRF is required for oligodendrocytes to myelinate.

It is known that loss of myelin and death of oligodendrocytes, the myelinating cells of the central nervous system (CNS), are key features in MS. Although the CNS does show some ability to regenerate new oligodendrocytes and remyelinate, this process is often incomplete, especially at later stages of the disease. This incomplete repair likely contributes to the ongoing loss of function in MS. At least part of this incomplete repair appears to be due to a failure of oligodendrocyte progenitor cells to differentiate and myelinate within lesions.

Dr Ben Emery and his team have been making excellent progress in their investigations of the mechanisms that control myelination in the CNS.

Dr Emery's team had previously discovered that the MRF gene is usually switched on in oligodendrocytes at the time they are generating myelin. The team has now shown that in mice lacking this gene, the oligodendrocytes are unable to form myelin, leading to severe neurological dysfunction. Conversely, turning this gene on appears to promote myelination. ‘We are really excited by these results’, said Dr Emery, ‘as they suggest we have identified a major regulator of myelination during development.’

New work has shown that MRF has a role maintaining the myelin in the adult nervous system as well as during development. MRF is also required for successful remyelination, the process that repairs myelin damage in MS. Promoting remyelination is an important therapeutic strategy since the lack of remyelination contributes to the ongoing loss of function. Future work will focus on whether modulation of MRF may be a viable strategy to improve the efficiency of the remyelination process.

Dr Emery’s work has generated two scientific papers to date with another two underway (marked with asterisks below). Dr Emery has also been successful in obtaining a major grant from the National Health and Medical Research Council to expand this research. 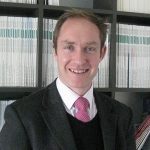 Identifying what causes an MS lesion