MS can result from the interaction of genetic and environmental risk factors. Studies have shown that many genes contribute to a person’s susceptibility of developing MS, and many of these genes are important in the immune system. Analysis of genetic ‘networks’ have shown that many of the genes work together in the same pathways, and that modulating pathways as a whole may provide protection from risk.

In previous research, Professor Baxter compared the activity levels of genes in a number of different types of immune cells in people with MS. He found that the gene activity in part of a network in monocytes (a type of immune cell) was different in people with MS than those without MS. The first part of this research project will validate these differences using other scientific methods to ensure that this finding was accurate. Professor Baxter will then modulate these pathways by controlling the activity of certain genes, to determine interactions within the gene network.

This network approach will provide more information about MS risk factors than the analysis of individual risk factors separately and may provide a multi-faceted target for treatment.

Professor Baxter has collected and analysed immune cells of the blood in 50 people. These include cells called monocytes, B cells, NK cells, CD4 T cells and CD8 T cells. He has measured the activity (the expression) of thousands of genes at once, to create a global picture of how these cells are functioning.

In preliminary findings, Professor Baxter has found a group of genes that are behaving differently in people with relapsing remitting MS compared to those without MS. From this group, he has come up with a list of candidate genes to test in a laboratory model of MS. Professor Baxter removed two of these genes (Tbx21 and Eomes) in select immune cells and examined the effects this has on the severity of the disease. He found that deletion of Tbx21 or Eomes in monocytes reduced the severity of the disease however, deletion of either of these genes in NK cells increased the severity. He found that there was no effect on the severity of the disease when either of these genes were deleted in T cells, although he is in the process of confirming this finding. These findings suggest these different cell types each play a different role in the development of MS, and these genes can have either a positive or a negative effect on the development of MS depending on the cell in which they are expressed. Further understanding of this group of genes will provide more information about MS risk.

Professor Baxter has also found a gene thought to be involved in targeted cell death, which had higher activity in CD8 T cells of people with relapsing remitting MS compared to those without MS. He is currently in the process of confirming the function of this gene, with the aim of generating a potential therapy for MS.

Professor Baxter is preparing a patent based on findings identified from this work. He has presented his research findings at several national and international conferences and has also published a number of scientific manuscripts, with a book chapter currently in preparation. 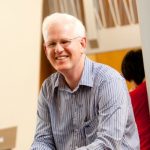 Do MS drugs change the course of the MS disease? 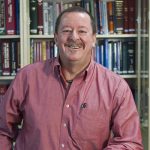