This years’ conference reached record attendance levels, with over 8000 people from around the world converging on Barcelona for the three day event showcasing the latest developments in basic and clinical MS research. There were hundreds of presentations over the course of the event, with a number of exciting presentations describing results of clinical trials for new MS treatments.

Australian researchers and clinicians were also in attendance and presenting their own research results to the international audience. Many also took the opportunity to connect with their international collaborators, including Australian MS genetics researchers who attended a side meeting of the International MS Genetics Consortium, as well as many other individual collaborative meetings.

Feedback from these researchers about their time at ECTRIMS reveals a real sense of excitement at some of the promising developments that were presented at the conference.

Ocrelizumab
More details of the early analysis of the phase III clinical trial of experimental therapy ocrelizumab in people with primary progressive MS (PPMS) were presented at the conference. This is the first time that an experimental therapy has shown evidence of a benefit for slowing the progression of disability in PPMS, but we will need to await publication of the full trial results to better understand the risks and potential benefits of ocrelizumab as a treatment for progressive MS. You can read a statement from the International Progressive MS Alliance on these results here.

Biotin
Another exciting presentation was from French researchers, sponsored by the manufacturers of vitamin compound Biotin. They reported promising early results from a phase III trial of high-dose Biotin (MD-1003, also known as vitamin B7) for delaying or preventing disease progression, measured by EDSS scores, in people with secondary progressive MS. It is important to note that this is a highly concentrated, pharmaceutical formulation of Biotin that is being tested and is very different to the over-the-counter vitamin B supplements available.

Anti-LINGO
Ongoing work from an international collaboration of researchers, including several trial sites in Australia, is showing encouraging results from phase II trials of anti-LINGO. Lingo is a molecule found in nerves and myelin-producing oligodendrocytes that appears to naturally influence myelin production, and blocking the actions of Lingo may promote myelin growth. In current Phase II trials, early results have shown that anti-LINGO may protect against nerve damage in people with acute optic neuritis, and also holds promise for other demyelinating diseases.

Lemtrada
Following the release of Lemtrada as a treatment for relapsing remitting MS, continuing clinical trials are measuring the long-term follow up after five years of treatment. In two presentations, European researchers reported findings from the long term CARE-MS study, which has found that Lemtrada’s effects in preventing relapses and slowing brain volume loss lasts over  a 5 year period even though most patients only received one course of Lemtrada treatment and did not take other MS medications during that time.

ANZgene
In the Late Breaking News session, Australian Professor Jim Wiley presented recent work he has done in collaboration with the ANZgene platform. In a study recently published in Human Molecular Genetics,  Professor Wiley and colleagues found that a variant of a gene called P2X7 may have a protective effect against MS. This gene is activated in immune cells (microglia) in the central nervous system, and controls the opening of a ‘pore’ on the cell surface that releases chemicals to promote inflammation. By blocking this pore, it may be possible to prevent neuroinflammation and nerve damage in MS. Further research will help to determine if the P2X7 gene is a potential target for future drug development.

This is a small selection of the many exciting talks at this years’ ECTRIMS meeting. You can read more about other presentations from ECTRIMS, from our colleagues at the Multiple Sclerosis Society of Canada. 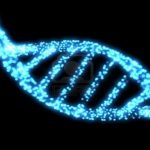