MS Australia Board Member and Chair of the John Studdy Award panel, Sharlene Brown, are delighted to announce the winners of the 2021  John Studdy Award are Mr Charlie Bennett and Mr George Pampacos, for their unwavering work and loyalty to the multiple sclerosis (MS) cause over many decades.

Sharlene Brown said, “The Board would like to thank Charlie and George for their outstanding commitment and service to the MS community and notable contribution to the lives of many living with the disease.”

The annual MS Australia John Studdy Award recognises outstanding, consistent, and selfless meritorious service of 10 or more years, by those making or who have made a tangible difference to the benefit of people living with MS and/or their families or carers.

Charlie Bennett has dedicated his life to supporting people with MS, fundraising to find a cure, and caring for his wife Jenny, who lives with the disease. Charlie cycles and captains ‘Team Jenny’ to raise awareness and vital funds for MS, for research, and care and support services in his home state of Queensland.

Since 2013, Charlie, his wife (diagnosed with MS at 15) and the riding team have raised over $250,000. Treasured MS Queensland Ambassadors, the Bennetts speak at events and volunteer for other fundraising and community activities. Charlie educates politicians and others about MS, its impact and effect.

Charlie is a John Studdy Award co-recipient for his passion, commitment, and dedication to the MS community and working towards a world without MS.

The Bennetts have long been part of the MS Queensland family (an MS Australia Member Organisation), as Jenny has used their support and services for many years.

In 2013, Charlie joined MS Queensland’s MS Brissie to the Bay bike ride ‘Cheer Club’ – members (people with MS, friends, and family) cheer the riders across the finish line. In 2015 he jumped on a bike and rode 25km. He soon caught the cycling (and fundraising!) bug (Jenny rode her scooter to the park and fed the ducks while he trained) and increased his distance to 50km, raising funds to ensure others received the same care and support as his wife.

Cycling annually since 2015, Charlie motivates ‘Team Jenny’ (regularly inviting new riders to join) to increase their yearly fundraising via bake sales, raffles, golf days, trivia nights, garage sales, sausage sizzles and shaking tins at the local pub. “Charlie has even mowed a friend’s lawn wearing a tutu, and one of the most recent dares was his ‘Team Jenny’ tattoo!”, says Jenny.

Inspired by community, acceptance and togetherness, Charlie says, “I choose to get involved because since becoming Jenny’s carer and making new friends with others in the MS community, I have seen how devastating this disease can be for people of all ages. It is a disease for life until a cure is found, a daily fight. They deserve better.”

George Pampacos encapsulates the spirit of John Studdy and is an Award co-recipient for his stewardship, leadership, and tenacity to make a tangible difference for the benefit of people living with and affected by MS.

George has made a substantial difference to the benefit of people living with and affected by the disease.

“When I was a teenager, my mum was diagnosed with MS. Seeing her live with MS for the past 30 years and her daily battles has made me want to help to improve the lives of all people with MS and do what I can with my skills to find a cure – so future generations do not have to live with MS.”

Under George’s leadership as Chair of MSWA, the organisation enjoyed accelerated growth and success in revenue, client service hours, premises, and funds for MS research. George was also instrumental in preparing MSWA for the NDIS and generating new income streams. He has represented people with MS in Western Australia through media and public speaking while MSWA President and as the son of a mother and with friends living with MS. As Vice President of MS Australia, George provides expert strategic advice as a skills-based Director.

George joined the MSWA (an MS Australia Member Organisation) Board in 2010, was appointed President in 2013 and retired in 2020. Under his leadership as Chair, the organisation enjoyed accelerated growth and success.

In addition to readying MSWA for the NDIS and generating new income streams from retail and business sources, another key strategic achievement of George Pampacos’ during this time included constitutional changes to expand the organisation’s services.

As Vice President of MS Australia, George provided expert strategic direction on the recent amalgamation with its former research arm and the new organisation’s long-term plans, for the benefit of people with MS.

Beyond MS Australia, George is a highly respected member of the Western Australian Community. He is a director of his own company and an unpaid Board Director on one of Perth’s top school Boards.

To read about the John Studdy Award, including past recipients, please click here. 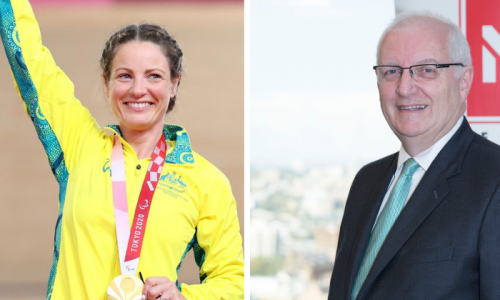 MS advocates Emily Petricola OAM and Paul Murnane AM have been recognised in The Australia Day Honours List for 2022.
Read more 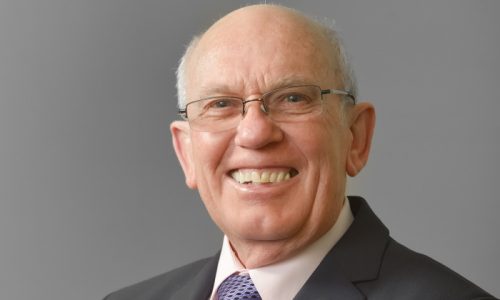 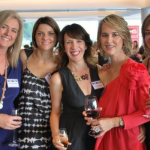