Mixing business with charity is what MS Angels do best. The Sydney MS Angels – a group of female business leaders – was formed in 2008 to make a real impact on multiple sclerosis (MS) research, whilst advocating for increased corporate philanthropy and gender equality in the workplace.

“We have a dual purpose,” says Victoria Weekes, Chair at the Australian Gender Equality Council and one of the first women to join up. “The MS Angels are not just about raising money for an important cause. What’s different about it is that it gives us, as a group, the opportunity to support a piece of research that we have identified together, as well as getting to know and support each other in our career objectives. In addition, we enjoy regular contact with MS Research Australia which gives us a good sense of the big picture on the exciting progress that is being made in MS research.”

For Victoria, being part of MS Angels speaks to a personal motivation. “My sister was diagnosed with MS over 20 years ago, when she was in her late 30s. In those days MS was hard to diagnose. Luckily she has one of the less aggressive forms of MS, but it still has a significant impact on her lifestyle. She has got herself well organised in her physical environment and her financial planning, and looks after her health. So she’s learned to manage it, but like all people living with MS, she’s had to make changes which she wouldn’t have to if there was a cure,” says Victoria.

Victoria had extensive experience in investment and financial services, having held senior executive roles in the public and private sectors. At the time MS Angels was established, Victoria was embarking on a major career and says the group played a key role in that transition. “The MS Angels was pivotal for me in both seeking networking support and also providing it, as I started my new career as a non-executive director.”  She continues to be inspired by the energy and opportunity that the MS Angels as a group and individually provide in terms of mentoring and networking with like-minded business women.

Every year the Sydney MS Angels meet for a series of six exclusive events which include presentations from special guest speakers and networking opportunities. There are typically two or three other social activities as well, such as attendance at national/international sporting events and gallery visits. And it’s not just Sydney where business women are collaborating to support MS research, there are also MS Angels groups in Melbourne and Canberra that operate with a similar annual agenda.

The impact of MS Angels on MS research has been significant. Collectively, they have contributed over $1.1 million dollars for MS research which has enabled them to support over 30 different research projects since 2008.

Victoria feels strongly about providing support for MS through both monetary and non-monetary means. “Because MS is a disease that mostly affects women (3 in 4 of those diagnosed are women) and typically at the early and middle stages of their careers, it really deserves the attention of well-connected women. As a group of established professional women, we are well placed to support the research and to raise awareness of MS that benefits those living with the disease whilst they are juggling the demands of the workplace.”

If you are interested in joining the MS Angels in Sydney, Melbourne or Canberra please contact Susan Williams at MS Research Australia: swilliams@msra.org.au 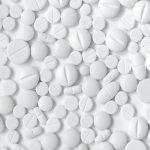