Antibodies in the brain have a genetic origin: new international study

In multiple sclerosis (MS), antibodies from the immune system enter the brain and mistakenly attack the protective myelin sheath surrounding nerve cells. Around 90% of people with relapsing-remitting MS show evidence of these antibodies in their central nervous system. However, there are as many as 10% of people with relapsing-remitting MS who do not show any evidence of these antibodies on clinical tests.

Researchers have questioned whether these two groups of people with MS might be associated with different disease mechanisms, and in a new study led by researchers in Belgium and Norway, a major international collaboration has identified the key genes that could underlie these differences. This is the largest study to date to investigate the role of genetics in determining brain antibody levels in MS.

Published in the well-respected journal Brain, this study makes use of genetic data collected by the International MS Genetics Consortium, which includes researchers from Italy, Sweden, Germany, Denmark, Spain, USA, and the UK, as well as the MS Research Australia-supported ANZgene group.

Higher levels of antibodies are measured using specialised molecular testing to identify ‘oligoclonal bands’ – a marker of antibodies – in the cerebrospinal fluid (CSF). The CSF is the fluid that surrounds the brain and spinal cord, and is collected using a lumbar puncture sometimes done as part of the MS diagnostic process. The presence of antibodies in the CSF is thought to be genetic, as oligoclonal bands are a common feature of MS, but they are also more common in the unaffected relatives of people with MS, compared to the general population.

The researchers pooled genetic data from over 6900 individuals with MS from around the world, and looked at whether particular genes were associated with the presence or absence of oligoclonal bands in the CSF.

The researchers found that people with MS who have oligoclonal bands were genetically different to those without. In particular, they highlighted six genes that were associated with the presence of oligoclonal bands suggesting higher levels of CSF antibodies. These genes are all known to play an important role in immune system function.

They also found that the group of people with oligoclonal bands may also have differences in their illness profile, including an earlier age of onset and more severe MS symptoms, suggesting these genes may also influence MS disease course.

The authors suggest that these genes should be key targets for further study, to understand more about the genetic causes of MS and also to explore how genetics can influence symptom severity. These genes could ultimately be useful in clinical practice as a marker to assess a person’s risk for disease progression, although further work is needed to understand exactly how these genes affect immune system functioning in MS. 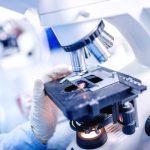 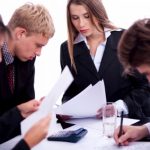 Can disclosing a diagnosis of MS in the workplace make a difference?News

Antibodies in the brain have a genetic origin: new international study