Antibodies can help with a diagnosis

Researchers from the University of Sydney and the Kid’s Research Institute at The Children’s Hospital Westmead are making rapid progress furthering our understanding of demyelinating disorders and changing the face of clinical practice. They have published a new study which provides strong evidence that certain antibodies may be useful as a clinical diagnostic marker for demyelinating disorders affecting the optic nerve.

Funded by MS Research Australia with the support of the Melbourne MS Angels and seed funding from the Trish MS Research Foundation, Dr Fabienne Brilot-Turville and Associate Professor Russell Dale are helping to clarify our understanding of the different types of demyelinating disorders and home in on the right treatment as early as possible after diagnosis.

The team have spent many years researching demyelinating syndromes including MS and neuromyelitis optica (NMO) spectrum disorders in both children and adults. NMO shares many features and symptoms with MS, but is now known to be a distinct disease which most commonly affects the optic nerves together with long lesions in the spinal cord (called transverse myelitis). At least 70-80% of people with NMO have antibodies to a ‘self’ protein called aquaporin-4 (AQP4). However, the remaining 20-30% have clinical signs of NMO but test negative for AQP4 antibodies. Dr Brilot and Professor Dale’s new study has been examining this subgroup of people with NMO who are AQP4-negative, to understand if there are other clinical and biological differences that define this subgroup.

Published in the journal Neurology: Neuroimmunology and Neuroinflammation, this study is a collaboration between many researchers across NSW. The team compared 23 people with NMO who are AQP4-negative with 76 people with MS, and 52 healthy control individuals (a scientific control group is an essential part of most research designs, allowing researchers to eliminate and isolate variables in their research). They were specifically looking for the presence of other antibodies known to target components of the myelin sheath, in particular a protein known as myelin oligodendrocyte glycoprotein (MOG), within blood.

The researchers found that people who had NMO with optic neuritis in both eyes were much more likely to have MOG antibodies in their blood than people in the NMO group who had predominantly spinal symptoms or both spinal and optic nerve symptoms.

Importantly, the people with MOG antibodies also responded much better to treatment with steroid medications compared to those without MOG antibodies.

These exciting and important findings suggest that people who have MOG antibodies may represent a new subgroup of NMO demyelinating disorder with a distinct biological signature and distinct treatment requirements. This has crucial implications for efficient diagnosis of these disorders and clinical management. In the longer term these findings will also provide vital clues for the development of future targeted therapies. 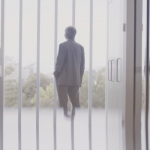 Antibodies can help with a diagnosis