The symptoms of MS result from damage to the myelin layer that insulates nerve fibres, in part due to a loss of the cells which produce myelin, known as oligodendrocytes. In the early stages of MS, damaged myelin can be repaired by natural processes, but during the progressive phase of the disease, this repair process fails, leading to the slow but progressive decline that can occur in later stages of the disease. Current treatments for MS suppress the immune system, but do not aid repair of myelin, so this is an area where research into therapeutic options is sorely needed.

One strategy for repair in MS is to somehow enhance the natural ability of the remaining oligodendrocytes to stimulate repair. Dr Simon Murray, from the University of Melbourne, received a project grant in 2014 with funding support from the grass-roots fundraising campaign Foundation 5 Million Plus to look at new ways to do just that. Dr Murray and his team are focussing on a molecule called ‘brain derived neurotrophic factor’ or BDNF, which is known to be involved in the laying down of myelin during development. The researchers were interested in whether BDNF might also be able to repair myelin after damage in adult brains.

The team has discovered that BDNF can assist with the repair of myelin in a number of ways. Using laboratory models of MS to examine the direct effects of BDNF on cells in the brain, the researchers showed that not only is it able to restore myelin, but also increases the number of myelin- producing cells in the brain, which in turn increases the capacity of the brain to naturally repair the damage.

They also tested the effect of a number of molecules which act like BDNF on the animal models. While these molecules act in a similar way to BDNF, crucially, they are easier to produce, making them a more attractive option for future treatment development. They have shown that one of the chemicals, called TDP6, boosts myelin repair in a similar way to BDNF, making this an appealing drug candidate. Dr Murray and his team will continue to investigate other molecules which mimic BDNF over the next year.

The researchers are now performing specialised experiments to determine the exact mechanisms which underlie the myelin repair stimulated by BDNF. Dr Murray and his team have presented their findings at a number of scientific conferences with publications expected soon. Due to the success of this research, Dr Murray has also been awarded funding from the National Health and Medical Research Council to continue this work over the next three years.

This work is vitally important, as avenues which promote myelin repair offer a good chance for treatment options for the progressive phase of MS. While many treatments are available for the relapsing remitting form of MS, none are currently available for progressive MS. This treatment gap has been recognised as a priority for research by the global MS community, and in 2013 the International Progressive MS Alliance formed to tackle progressive MS. 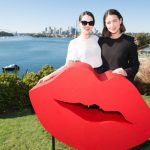