Recent MS treatments have focused on depleting a type of white blood cell (called B cells), to halt MS relapses and disease progression. These new therapies, such as ocrelizumab (Ocrevus) and ofatumumab (Kesimpta) have directly improved outcomes for people living with MS. These therapies are able to reduce MS relapses by decreasing B cell numbers in the body. Even though we know that B cells are critical to the development of MS, the exact mechanisms by which they do this are not clearly understood.

B cells, MS, and the EBV connection

When a pathogen (such as a virus or bacteria) enters the body, it is “presented” to naïve B cells, which are B cells before they have met an antigen (the pathogen). This stimulates the production of antibodies to defend the individual from the infection. But in MS, where the immune system inappropriately attacks the brain and spinal cord, deposits of antibodies are found in and around areas of damage in the brain. Exactly how these antibodies are produced, their association with B cells, and how they contribute to the damage in the brain in MS is not yet known.

The molecular mechanisms linking EBV and MS are not fully understood; however we do know that EBV chronically infects B cells and causes them to both multiply and be resistant to the natural cell death that would normally occur. B cells are very powerful cells in the immune system and are normally kept under tight control by the body. However, EBV infected B cells might be more resistant to these normal control measures. One theory of how MS develops suggests that if autoimmune B cells (B cells targeting the brain) are infected by EBV, they become resistant to the body’s control systems, and continue to multiply and attack the brain, leading to the development of MS.

Dr Stephanie Trend from The University of Western Australia in Perth, led a research team to investigate B cells, antibodies and signs of EBV infection in the blood. She compared people with MS experiencing a relapse, and people with clinically isolated syndrome (CIS; the first neurological symptoms before a MS diagnosis) to people without MS or “healthy controls”. In particular, the research team measured levels of a receptor molecule on the surface of B cells called CD32b. Receptor CD32b senses the presence of antibodies, prompting the B cells to reduce their response. It is thought that this acts as a feedback loop to stop B cells from responding excessively after an immune response has been successfully established. In laboratory models, CD32b is also important in shutting down autoimmune responses, preventing B cells from targeting the individual.

What the researchers found

The team also found that this phenomenon in women with MS was associated with higher levels of a special B cell activating factor in the blood, with tests suggesting that the previously inactive EBV in the body was reactivated. This was particularly evident in the people with CIS. This points to a possible relationship between these particular B cells and control of an EBV infection in women with MS. These new discoveries were recently published in the prestigious journal (Frontiers in Immunology).

Women are almost three times more likely to develop MS than men. The CD32b molecule is known to prevent autoimmune disease in laboratory models. The discovery that the CD32b molecule is reduced in women who have CIS and MS, opens new avenues to understanding the autoimmune process in MS more generally. Discovering unique differences in the immune system of women with MS may also help us to understand why women are more susceptible to developing MS. As EBV is an important risk factor for MS and possibly a driver of the MS disease process, further work is also warranted to understand how the CD32b molecule is related to the control of EBV infection in MS, particularly early in the disease process. 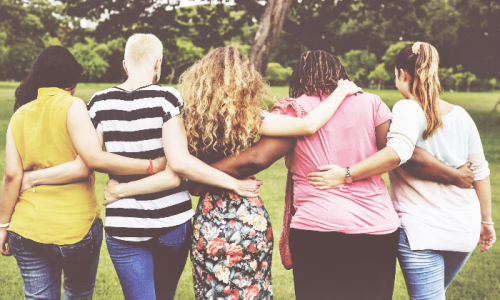 Women are more likely than men to have MS in their lives. But why do women face this increased risk of MS and how does it affect them?
Read more The latest DNA technology is allowing scientists to finely dissect the immune system to find what causes it to attack itself.
Read more A note from our CEO: Rohan Greenland – AprilNews 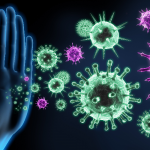 DMTs, vaccines and MS: what does this mean for your immune system?Featured Homepage, News