It has long been recognised that MS is more common in women than men – in fact, three out of four people diagnosed with MS in Australia are women. Recent studies suggest that the total number of MS cases is increasing and that the increase is disproportionately affecting females. The female to male sex ratio of MS has risen in several countries in recent years, suggesting an environmental interaction increasing MS risk in women. In Canada, over a 50-year period, the gender ratio of women diagnosed with MS increased from 66% to 76%, and in Sweden, it has risen from 63% to 73%. Currently in Australia, 75% of people diagnosed with MS are women.

A group of female neurologists and researchers specialising in MS, collectively known as International Women in Multiple Sclerosis (iWiMS), wrote a review article summarising studies investigating different aspects of women’s health and its contribution to MS. Dr Vilija Jokubaitis, a leading MS Research Australia funded researcher said: “This paper brings together experts in MS and women’s health via the International Women in MS initiative and represents a truly global collaboration.”

Why do women face an increased risk of MS?

There have been many changes in women’s lifestyles in recent decades; such as first pregnancies occurring later in life, an increased use of hormonal contraception, a lower rate of childbirth, and higher rates of employment and smoking.

There is evidence to suggest that having children reduces the risk of MS in women by about 46% in the following five years. The age at which a girl goes through puberty is also associated with some risk in MS: early puberty has been associated with an increased risk of MS, and a younger onset of MS.

Given the importance of hormones in MS, the researchers also explored the use of hormonal contraception. There is scarce information about the effects of contraception on the long-term prognosis; however, the limited data suggests that hormonal contraception does not seem to worsen disease progression or disability. Two clinical trials have examined the effect of oestrogen as an add-on therapy for MS. Both studies showed positive effects of oestrogen on MS number and size of lesions known as lesion load, relapses and cognitive function.

The same researchers also explored in-depth the role of pregnancy. In the early 20th-century pregnancy was believed to be associated with poorer outcomes in MS, but more recent studies have shown relapses decrease during pregnancy. Compared with the period before pregnancy, there is a slightly increased risk of relapses in the period immediately after birth. Evidence also suggests there might be a slower rate of progression in women who become pregnant after MS onset. Further information on pregnancy in MS can be found here.

Another significant change in female hormones comes during menopause. Studies examining disability progression during menopause have shown conflicting results, with some showing more disability after menopause, and another showing no change in disability (once age and time since diagnosis were accounted for). Additionally, it was found that symptom management and choice of MS therapy should be tailored during menopause to account for fatigue and pseudo MS exacerbations triggered by hot flashes, which can be more prominent.

Another area the research looked at was sexual function. MS can have a range of effects on sexual function which can have a huge impact on someone’s wellbeing, but unfortunately, it is an area that is often not discussed. They noted, like any MS symptom, it is important to discuss this with your healthcare team as there is help out there.

What does this mean for women with MS?

There are many complexities involved when determining the sex effects on MS. It is pleasing to see efforts to compile such an analysis to see what is known about the effects of sex on MS. There is still more research to be done in order to fully understand the link between women and MS.

iWiMS is connecting female researchers around the world and we look forward to seeing this group come together to continue to advance women’s health issues in the MS community. 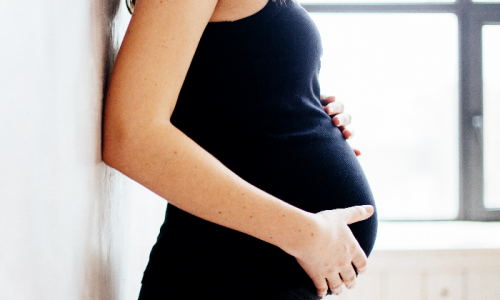 MS research study from world renowned researchers confirms that the risk of MS relapses reduces for women with MS during pregnancy.
Read more

Three times more women than men are diagnosed with MS in Australia, so what is the role of sex hormones in MS?
Read more 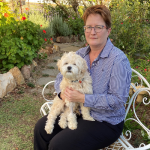 Let your vision for the world live onFeatured Homepage, News