Multiple sclerosis (MS) is a disease that does not affect men and women equally, with three times more women than men diagnosed in Australia and the number of women with MS on the rise in most countries around the world.

In fact, women are more commonly affected by autoimmune diseases generally. Women tend to develop MS earlier and have more frequent relapses, while men progress faster and often have worse outcomes. This has led many to wonder whether differences in men and women are partly responsible and particularly about the role of sex hormones in MS.

What are sex hormones and what do they do?

Hormones are messenger molecules made by the body that are released into the bloodstream. Sex hormones control and regulate the reproductive system and also give men and women their different characteristics. While all sex hormones are made by both men and women, particular sex hormones are associated with each gender and are found at much higher levels in either women or men.

The main sex hormones in women are oestrogen and progesterone. These hormones are mostly produced by the ovaries and control reproductive development in girls. Progesterone also as important roles in pregnancy and breastfeeding. Testosterone is the sex hormone that is higher in men and is produced in the testes. Testosterone is important for sperm production and muscle mass. While these are the main roles of the sex hormones, they do also have effects in other tissues such as the brain, spinal cord and immune system.

The risk of developing MS changes throughout life and most people are diagnosed in early adulthood. When MS occurs in children, boys and girls are affected equally, but after puberty the number of females diagnosed sharply rises. After menopause, the risk of developing MS in men and women is again similar. This is thought to be linked to the relative levels of sex hormones in women changing through the course of their lives. Low levels of testosterone in men is linked to a higher risk of developing MS; men with MS have lower testosterone than men without MS but the reasons for this are unclear.

Pregnancy affects the course of MS in women with the disease. During pregnancy, particularly in the second and third trimester, there is a protective effect with relapse rates dropping up to 70%  compared to levels before pregnancy. However, there is also an increased risk of having a relapse after the baby is born, with women three times more likely to have a relapse in the 3-6 months immediately after giving birth. This is thought to be due to changes in the mother’s immune system that occur during pregnancy that lead to increased immune tolerance (the immune system is ‘calmer’ and more tolerant of ‘foreign’ cells), to ensure that the mother’s immune system does not attack the growing foetus.

Big population studies have suggested that, on average, having children does seem to reduce the risk of developing MS but pregnancies do not seem to affect the overall accumulation of disability in women with MS. Many MS medications are not suitable for use during pregnancy, so it is important for women with MS who are considering or planning pregnancies to discuss their treatment options with their medical team.

It has been difficult to determine the effect of breastfeeding on MS, with some research showing it may be beneficial and reduces relapses in women with MS while others have shown it has no effect. This is complicated by the fact that women who have more severe MS are less likely to breastfeed or breastfeed for shorter periods. Disease modifying therapies are also not recommended while breastfeeding, meaning many will make the choice to forgo breastfeeding in order to restart treatment. Women who breastfeed their babies also have a lower risk of developing MS and  babies who are breastfed have a lower risk of paediatric MS and adult MS later in life.

There is no evidence to suggest that MS itself affects fertility, meaning people who have MS have the same chance of having children as those without MS. As with the broader population, there will be some people who have MS who are also unable to have children naturally and some of these will use assisted ART. This usually includes the use of medications such as those that block or mimic the effects of gonadotrophin releasing hormone, to stimulate ovulation. For some women the resulting eggs are harvested and egg and sperm are joined together outside the body in a  laboratory and returned to the uterus using a process called in vitro fertilisation (IVF).

In studies of women with MS who have undergone ART, there has been an increase in relapses observed following the use of ART, but this seems to be more likely in cases where a particular class of medications were used to stimulate ovulation (those that mimic gonadotrophin releasing hormone, known as agonists, rather than another class that block gonadotrophin releasing hormone, known as antagonists) or where the treatment failed. More research is needed to clarify whether this is linked to the medications used, the fact that the women are off their MS medications while undergoing treatment or the stressful nature of the situation.

Traditionally it has been thought that symptoms of MS worsen during menopause, although this is difficult to distinguish from the natural progression of disease with age. HRT is a treatment given to help alleviate the symptoms of menopause. HRT usually consists of oestrogen and progesterone, hormones that women stop producing at menopause. Newer studies have reported that women with MS who are treated with hormone replacement therapy saw an improvement of MS symptoms including fatigue and cognitive impairment and have a higher quality of life but further research is needed.

How do hormones affect MS?

Sex hormones produce their effects on the body through interactions with target cells in the body’s tissues and it is now known that cells of the immune system also respond to sex hormones. Since MS is caused by immune cells attacking the brain and spinal cord, this means that sex hormones could be having a direct effect on the way MS develops and progresses in an individual.

Oestrogens are known to have mostly anti-inflammatory effects — that is they generally dampen down the immune system response. However, they can also promote inflammation and this may explain the higher rates of autoimmune diseases in women. The other female hormone, progesterone, is also generally anti-inflammatory, pushing the immune system towards a less active state.

Testosterone, the sex hormone associated with males, is thought to protect against autoimmunity by interacting with immune cells and supressing the immune system. This suppression is thought to be one mechanism that leads to the lower level of autoimmune conditions, including MS, in men. Testosterone can also enter the brain and may protect nerve cells from damage and act directly on the thymus (an immune organ located in the neck) to increase immune tolerance and reduce the chance of the immune system attacking the body.

What about hormones as a treatment for MS?

Given that sex hormones interact with immune cells and there is evidence that changes to MS disease activity and symptoms can happen in conjunction with changes to hormone levels, there has been great interest in whether sex hormones could be used as a treatment for MS.

In laboratory models of MS, treatment with different oestrogens delays the onset of symptoms and reduces disease activity. Treatment with synthetic oestrogens once symptoms have begun (which mirrors the treatment situation for people with MS) reduced the loss of myelin, protected nerve fibres from damage and increased myelin repair.

Some small clinical trials of oestrogen have also been done in women with MS with mixed results. One showed that lesions on brain scans were reduced compared to before the oestrogen treatment, while another that combined oestrogen therapy with MS medication glatiramer acetate showed lower relapse levels but no changes to lesions or brain volume on brain scans.

Giving testosterone as a treatment in laboratory models of MS reduced the activation of immune cells in the brain. Testosterone has been tested in a small clinical trial of men with MS and improved the rate of brain shrinkage seen on brain scans and also showed improvements in thinking and memory skills, however it did not affect MS lesions.

Looking to the future

The mixed clinical trial results of sex hormones as a treatment for MS highlight the complex nature of this disease. MS results from the combination of many factors such as genes, environmental factors such as smoking and vitamin D and the hormonal situation found in each individual. Large well controlled studies are needed to tease out the roles of each of these factors.

This type of research could lead to a role for sex hormones as part of a more personalised medicine approach, where treatments are tailored more closely to the individual circumstances of people with MS. If we can harness the power of sex hormones to protect the brain from damage or boost repair in humans this will provide a way forward for one of the great treatment needs in MS. 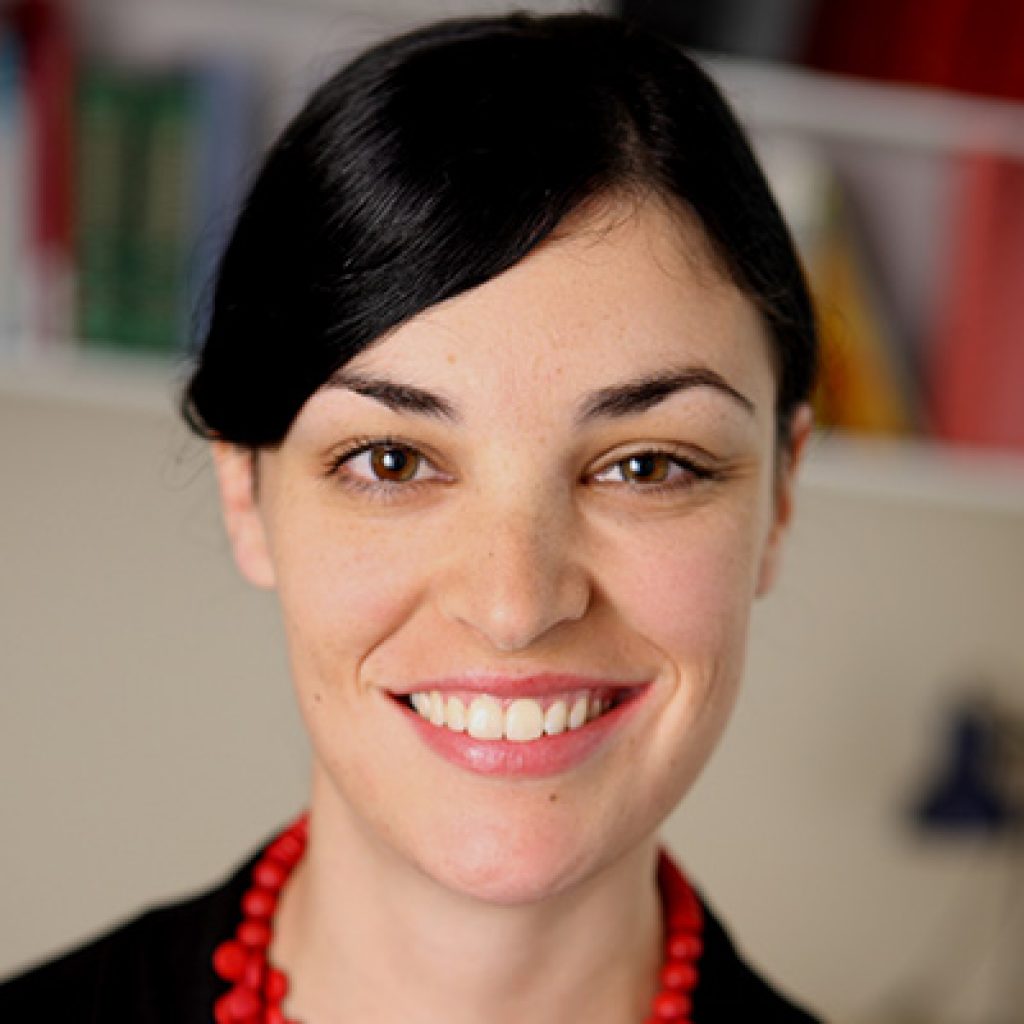 We’ve all heard of ‘man flu’, but there really are...
Read more 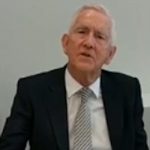 Inside-out or outside-in, how does MS begin?Featured Homepage, News