We’ve all heard of ‘man flu’, but there really are marked differences between males and females in the way their immune system responds to infections. In many cases, infections can cause more severe illness in men than women. On the other hand, females, are more likely to suffer from an autoimmune disease with approximately 70% of people with an autoimmune disease being female.

When it comes to MS, about 75% of those diagnosed with relapsing-remitting MS in Australia are female. However, males with MS are on average older at diagnosis and are more likely to develop progressive disease than females.

There have been many factors suggested to cause this difference, such as changes induced by the sex hormones, different genes found on the female sex chromosomes, and even differences in bacterial species in and on females.

Being able to identifying the factor or factors involved in the sex differences of MS is very important, as it may reveal more information on the triggers for MS and the biological processes that drive MS. Ultimately, it may reveal ways that we can prevent or better treat both males and females with MS.

New research recently published in the Proceedings of the National Academy of Science has uncovered an important difference in a critical immune system molecule called IL-33 between male and females. IL-33, or interleukin-33, is a chemical that helps the cells of the immune system to signal, or ‘talk’ to one another.

The immune system is made up of many different types of cells and which need to act in a coordinated way to fight off bacteria, viruses and other foreign bodies. One of the ways the immune system does this is by sending out chemical messages. This signalling needs to be tightly controlled, so that the right parts of the immune system can respond quickly and to an appropriate level, but also so that they can be switched off when the threat has been dealt with. IL-33 is one of these messages that controls the switches.

In this study, the scientists looked in animals with an MS-like disease and tried to identify which parts of the immune system were responding and whether there was a difference between male and female animals. They also tried to decode the chemical signals that where being sent around the body and tried to find which cells were producing the signals.

They discovered that in males the type of immune response was different. It looked like the immune system was responding in what is known as a Th2 immune response, this is the sort of response the body typically switches on when infected with potential parasites. However, females predominantly had a Th17 immune response, which is normally associated with fighting other more general infections.

Tracking back through the types of cells and molecules that they could see in these two types of responses revealed a key difference in the level of IL-33. They also discovered which cell was producing the different IL-33 response. When they grew these cells in the lab and applied different amounts of testosterone to them, male cells responded by producing more IL-33 whereas the female cells didn’t respond at all.

These results possibly help explain why females are more likely to switch on an autoimmune type immune response than males. It also may help explain why as males age their susceptibility to developing MS increases as their levels of testosterone fall.

Studies like this may open avenues to discover new treatments. Testosterone itself may not be a suitable therapy, especially for females, given its wide range effects on the body. But since IL-33 is involved in ‘translating’ the message that testosterone delivers to the immune system, it may be that IL-33 could provide a more precise tool to influence the immune system to treat MS. 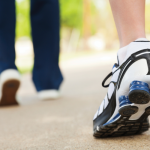 Using science to prevent falling – you can helpMS Trials, News 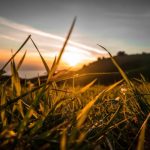