The last decade has seen the development of a number of new treatments for relapsing forms of MS. Unfortunately there hasn’t been the same progress in treating progressive forms of the disease. But perhaps the tide is changing.

Innate Immunotherapeutics, which also earlier this year hit the headlines due to its backers including some prominent American Republicans, started this phase IIB trial in September 2014. In April 2016 they reported that they had successfully recruited enough patients for their trial. And now the company has announced that the last enrolled patient has completed their last clinical visit. Each of the 90 patients had 61 regular clinical visits scheduled over 12 months. No results have been released yet, but this is an important milestone. The company has suggested that results might be due out as early as late August or early September.

Following promising results from the first phase trial, this latest second phase trial was set up, recruiting over 90 participants across multiple sites here in Australia and overseas.The trial was a double blinded randomised study where 60 patients received the medication, and 30 received a placebo. MIS416 was administered by once weekly intravenous infusions with each patient remaining in the trial for 12 months.

The results of the first clinical trial and preclinical studies was published in April 2014 (read the previous MS Research Australia news article here), and to read about this latest trial, view the Innate Immunotherapeutics media release here.

Both this trial and the recently announced Queensland trial into adoptive immunotherapy are very preliminary, and there are many hurdles left before these therapies are proven to be safe and effective. However, hopefully, this is the beginning of the turning of the tide against progressive forms of MS, or in the words of Winston Churchill, ‘this is not the end. It is not even the beginning of the end. But it is, perhaps, the end of the beginning’. 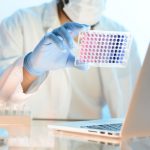