This is our third and final article, showcasing the excellent scientists that have successfully secured large network grants from the International Progressive MS Alliance. Previously we featured Canadian researcher Dr Doug Arnold, and in this article we feature the third awardee, Gianvito Martino, M.D., Division of Neuroscience, San Raffaele Hospital Milan (Italy) and his collaboration with 13 investigators from Italy, France, Germany, Europe, Canada and the U.S.

The International Progressive MS Alliance has recently provided three large multi-year grants to collaborative networks of leading international MS researchers to lead the fight against progressive MS. Each grant is for €4.2 million (A$5.8 million) and will run over four years. MS Research Australia is a key player and of the steering members of the Alliance. The Alliance has already had significant financial input from 14 countries throughout the world with five countries (Australia, US, UK, Canada, and Italy) and one international federation (MSIF) as managing members. Its mission is to better understand, design shorter and faster trilas and find treatments for progressive disease.

Professor Martino’s project is entitled BRAVEinMS. It is a platform to discover new drugs for progressive MS. The BRAVEinMS team is working to identify molecules that may have a protective role of the neurological system and/or the capacity to promote myelin repair. They will focus their efforts in three phases:

3) Evaluating in clinical models of progressive MS the therapeutic potential of the ‘candidate’ compounds identified through the above screening.

The research team believes that BRAVEinMS will pinpoint a limited number of previously unidentified molecules with a high chance of being treatment options in progressive MS patients.

They expect that within four years from the start of the project they will identity one or two human grade compounds that can be used in phase I/II clinical trials in patients with progressive MS. If this is the case they will be on track to implement a clinical trial hopefully by the end of 2020.

This grant beautifully complements one of the other large collaborative grant the Alliance award to Francisco Quintana from the US. Which is also about developing drugs for people with progressive MS. However, while complementary the two grants work in very different yet cohesive ways, tackling areas where there is a large gap in our knowledge.  These two drug discovery grants will also work well with Dr Arnold grant who is evaluating biomarkers that could be used as a diagnostic and/or prognostic test for progressive disease. Which could be used to determine the success of any potential therapies discovered.

These collaborative network awards attracted over 52 applications, involving over 460 MS researchers worldwide. Making it an incredibly challenging process to pick the most worth grant given the outstanding standard of applications. Eventually the top 11 applications were shortlisted, unfortunately there could only be three overall winners. Choosing just three was incredibly difficult and required a huge effort from the large and multi-national Scientific Steering Committee. It is absolutely essential that valued funds from donors are used to fund only the very best MS research possible.

Dr Matthew Miles, CEO of MS Research Australia and an Executive Committee (EC) member of the global Alliance said, ‘working together globally to fight a common foe- that being primary and secondary progressive MS is one of the most important things that Australian MS research organisations, researchers and advocates have ever been involved in; it is that important. Its sole focus and the common shared values amongst the member countries is truly inspiring’.

London-based, world-renowned researcher and Chair of the International Progressive MS Alliance Scientific Steering Committee, Professor Alan Thomson, said that, ‘the three individuals are leading outstanding international MS networks and the 4 year grants are designed to deliver results within that timeframe’.

Dr. Miles adds that ‘awarding these 3 large, signature, collaborative and hugely impressive MS network research grants has been a milestone in the short but already very successful life of the International Progressive MS Alliance. MS Research Australia now looks forward to assembling the next phase of the Alliance with the other member countries in the coming weeks at the upcoming strategic planning session’.

If you would like to read more about the International Progressive MS Alliance and its Collaborative Network Awards please visit the website.

MS Research Australia’s support of International Progressive MS Alliance is partly made possible by the additional generosity of some of our funding partners including Foundation 5 Million+ and the MS Society of WA. 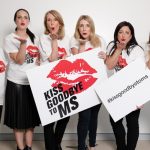 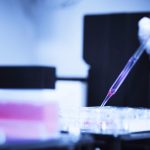