2014 marks the tenth anniversary of MS Research Australia and a decade of accelerating, enabling and funding Australian research as part of the worldwide effort to solve MS.

Some of the world’s leading researchers are now stating that a cure for MS is not a question of ‘if’, but of ‘when’. In the meantime the quality of life for many people with MS has improved dramatically, due to better treatments, earlier diagnosis and improved symptom management.

The progress made in such a short space of time is remarkable and Australian researchers are certainly among the best in the world. More hard work is necessary, however, particularly in funding and treatment for progressive MS.

This article reflects on what MS Research Australia has achieved so far and – more importantly – what this means for people with MS. It will also give an exciting insight into the new discoveries and initiatives on the horizon that provide hope for an even brighter future, and ultimately for a world free from MS.

The first known Australian MS society medical research grant was in Sydney in 1963. For much of the first 30 years of the state MS societies’ existence, they individually contributed small, ad hoc amounts to medical researchers in their respective states.

In 2003, due to their important focus on providing services for people with MS, the MS societies’ collective contribution to research was being too thinly spread over an increasing number of projects to have a major impact on MS research in Australia.

Pressure was mounting from both Australians with MS and the US National MS Society, then and now a very large funder of Australian MS researchers, for MS Australia to increase its research funding.

Several state societies’ directors and CEOs at the time discussed the overdue need to recommit to research funding via a new business model. As a result, MS Research Australia was incorporated in early 2004 as an independent national MS research funding organisation.

Over the past ten years, MS Research Australia has vastly increased the amount of funding available to researchers all around Australia. It has also been an important catalyst for increased funding of MS research from key Australian research funding bodies such as the National Health and Medical Research Council and the Australian Research Council.

MS Research Australia’s mission is to accelerate Australian MS research as part of the worldwide effort towards the prevention, better treatments and a cure for MS.

We work in close partnership with leading medical research institutes and scientists around Australia and New Zealand, encouraging collaboration and focussing our efforts on where we can make the greatest impact within the global context.

The role of vitamin D in MS

Researchers funded by MS Research Australia identified a latitudinal gradient in Australia and New Zealand, which indicates the risk of developing MS is seven times higher for people in Tasmania compared to Far North Queensland. This research indicated a link between lack of sunlight, vitamin D, and the development of MS.

Another group of researchers supported by MS Research Australia discovered that genes involved in vitamin D metabolism are implicated in MS risk, reinforcing the role vitamin D could play in contributing to a solution.

These two studies led to MS Research Australia launching the world first trial of vitamin D supplementation as a preventative measure for people at risk of MS.

Ten years ago only two of the genes associated with MS were known. Now, due to the work of the International MS Genetics Consortium, in which MS Research Australia-funded researchers play an important part, well over 100 genes have been identified. Each of these genes is now being investigated to find the exact mechanisms behind what is causing MS.

Examining brain tissue from people with MS is crucial for advancing our scientific understanding. MS Research Australia has established a Brain Bank to collect tissue donated by people in Australia who had MS and consented for their brain tissue to be used in MS research.

The Australian MS Longitudinal Study is a nationwide study that surveys people with MS over time on issues of importance to them.

The survey provides vital data on the economic impact of MS, the effect of MS on employment, and other practical life issues. Data from the Longitudinal Study was pivotal in achieving air conditioning rebates for people with MS who are much more affected by heat than the general population.

The state MS societies have used the data from this study to guide service provision and advocacy for people with MS, leading to positive improvements in quality of life.

Through the provision of competitive postgraduate research scholarships, MS Research Australia has an outstanding track record of attracting promising young scientists to a long-term career in MS research. This is vital in keeping talented researchers in the field of MS and providing the boost they need to get their careers off the ground.

Each year MS Research Australia also funds several small incubator grants for ‘outside the box’ ideas. These allow researchers to prove a novel principle in their research and launch a promising new line of investigation, which frequently goes on to attract significant further funding, at a rate of 27 times the initial commitment.

New therapies and improved outcomes for people with MS

Ten years ago, the only disease modifying treatments available for MS were injectable. Today, people with relapsing emitting MS have ten treatment options including taking a daily tablet or receiving an infusion taken in just two treatment courses one year apart.

The newer treatments are showing benefits for a great many people, and the increasing choice and efficacy of treatments, together with earlier diagnosis and improved management strategies mean that the outlook for many people with MS has improved significantly in a relatively short time.

Providing hope for the future

The future may be brighter for many people with MS, but there is still much more work to be done. In particular, people with progressive forms of MS have no treatments currently available to them.

It is vital that the research momentum continues so that all people living with MS can benefit. Outlined below are just a few of the exciting new discoveries and initiatives on the horizon, which we hope will result in a better future for people with MS.

Together with other leading MS organisations around the world, MS Research Australia has joined the International Progressive MS Alliance – the most ambitious collaborative project the global MS research movement has ever embarked upon.

This innovative collaboration, coordinated by the MS International Federation, is dedicated to fast-tracking discoveries to improve outcomes for people living with progressive MS. Specifically it will increase our understanding of disease progression; design shorter, faster trials that measure patient outcomes; conduct trials to test new therapies; and develop new approaches to symptom management and rehabilitation.

A wide range of clinical trials for MS treatments are underway around the world. This includes new targeted methods for modulating the immune system, protecting nerves from MS damage, repurposing therapies already approved for other disorders, and novel approaches for treating all forms of MS, including progressive MS.

Clinical trials enable people with MS to have access to the latest treatments and to play a direct role in contributing towards the search for better treatments and a cure. For more information on the clinical trials currently recruiting in Australia, visit www.mstrials.org.au

Scientists are continually discovering new information about how MS damages the nervous system, as well as the factors involved in the body’s ability to recover from injury. Early human trials are underway to investigate new therapies aimed at repairing or regenerating myelin.

Studies are also providing new evidence that exercise and rehabilitation can improve many functions and even help rewire areas of the brain. Researchers are pursuing these leads to find the best ways people with MS can maximise their quality of life.

In addition to genetic research and the discovery of the role of vitamin D in MS, studies are underway to uncover other factors that may reduce the risk of MS for future generations. 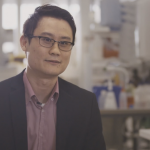