Quick test could help detect changes in thinking and memory

Why are cognitive tests important for people with MS?

Up to 65% of people with MS report cognitive symptoms such as difficulties with memory, problem-solving and the speed at which they can think. These symptoms can affect employment, social lives and daily activities. Finding ways to test for changes in thinking and memory early in the disease and ongoing is important. Unfortunately, many tests used for cognition are not sensitive enough to detect changes in cognition early in the disease course. Also, tests often need dedicated resources to administer and score the results, and participants may become familiar with the way a test works leading to unreliable results.

Mr Daniel Merlo from Monash University, received an MS Research Australia scholarship to implement web-based tests looking for changes in thinking functions in people with MS. The aim of this research is to implement a test for cognition that is brief, interesting and self-administered. Ultimately, it is hoped that this test can be used to pick changes in thinking and memory earlier, leading to better long-term outcomes for people with MS.

How did the researchers address this?

The researchers performed the first-ever study looking at the feasibility of a web-based cognitive test in people with MS called MSReactor and compared this to a commonly used cognitive measurement tool.

Published in Therapeutic Advances in Neurological Disorders, the researchers tested 450 people, mainly with relapsing remitting MS, both in the clinic and home setting. The test focused on three cognitive functions – processing speed, visual attention and memory. The study involved an initial test followed by further tests at the clinic every 6 months. Participants could also do home-based testing every 1-3 months. A survey on the acceptability of the test, quality of life, depression and anxiety were also completed by participants.

The majority of people found the test to be the perfect length, caused little anxiety and were happy to complete it. The test time was only 15 minutes in the clinic and could take as little as 5 minutes at home. As a result of this and the ease of use, most participants continued with regular home testing.

The researchers found that in some cases lower quality of life and depression were associated with slower reaction times. Participants who were older or experienced higher disability had slower reaction times for all three cognitive functions. Those who didn’t do well in the initial baseline test tended not to do home testing. Further support and cognitive evaluation may be beneficial to those people who did not complete home testing.

Although test scores improved as people became familiar with the test, the test became more reliable after two or three tests. Scores in the clinic were similar to those at home, suggesting this test could be used to test people more frequently to pick up small changes in cognition. The researchers also found MSReactor scores were similar to a written and oral cognitive measurement tool commonly used in clinical practice.

These new findings show that MSReactor is a brief, reliable and acceptable test for cognitive screening in MS. Since it is web-based, easy to use and not stressful, it can be completed regularly, allowing the detection of small changes in cognition. It would also benefit people who have lower mobility or live in rural areas.

The researchers will now include people who have clinically isolated syndrome (CIS – a precursor to MS) in future studies. Similar to people with MS, people with CIS may also experience cognitive impairment and early detection of these changes may improve long-term outcomes. It is hoped that this test will provide further information on the declining cognitive ability in people with MS and help with treatment options. 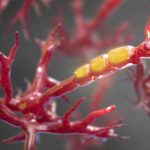 Quick test could help detect changes in thinking and memory