In MS the immune system attacks and damages the myelin sheath on nerve fibres in the brain and spinal cord. Remyelination is the process of recoating of nerve fibres with myelin, which holds the promise of repairing damage caused by MS and is lauded as a potential way to reverse some of the effects of MS.  The body does have limited abilities to repair the damage but this is often insufficient and damage can be permanent. There are considerable ongoing efforts to develop medications to enhance the body’s myelin repair mechanisms. One of those potential treatment options is Opicinumab.

Opicinumab is an engineered antibody (read more about what antibodies are here), that is a medication that directs the immune system to remove specific proteins from the human body. Opicinumab specifically targets a protein called Lingo-1. Lingo-1 is a protein in the human brain which acts as a brake on the cells that coat nerve cells with myelin. The theory is that by removing this brake on these cells it will promote the repair of damaged myelin in the MS brain.

What are the results so far?

Early preclinical studies showed that blocking Lingo-1 with an antibody could encourage the natural myelin repair processes and could reduce the MS-like symptoms in laboratory models of MS. The next step was a phase 1 clinical trial, which tested the safety and tolerability of different doses in healthy volunteers and participants with relapsing remitting and secondary progressive MS. This phase 1 trial showed positive results, leading to this current study (read more about that study here).

What does this latest study tell us?

This latest study was recently published in the journal Lancet Neurology and was a phase 2 clinical trial designed to test the effectiveness and further gather data on the safety of this treatment in people with relapsing remitting MS. 419 people with relapsing remitting MS took part in this trial. Of these, 93 were given a mock treatment (placebo), the remaining participants were split into four further groups and were given various doses of opicinumab for nearly a year and a half. Over that time they were regularly assessed using several measures designed to assess their levels of physical disability and cognitive function – related to thinking and memory. Pleasingly the trial aimed to assess improvement in function rather than just stopping disability progression which has been the traditional measure in MS trials.

Disability improved in 49% of people that received the mock treatment (placebo), and in people that received different doses of opicinumab. The improvement in people who received opicinumab ranged from 40% to 65%. Unfortunately, the level of improvement wasn’t dependent on the dose individuals received, in that the people who received the lowest dose didn’t show the least improvement and those on the highest doses didn’t show the greatest level of improvement. Further analysis revealed that there appears to be subgroups of people with MS in this trial who may have benefited from this treatment.

What does this mean for the opicinumab and remyelination therapies?

This is one of the first trials looking at remyelination as a treatment for MS and there are more in the pipeline – this is a truly exciting area in MS research as it holds the promise to correct the damage that has already occurred in MS. But when this trial launched in 2013, it was unclear what measures should be used to predict the outcome. The measures used here were a novel combination of measures and some of the improvement seen in those receiving the mock treatment could be an effect of the measures that were used. So while at this stage this study hasn’t given the answers that were expected, it has given insight and provided more avenues for testing, including information about subgroups of people with MS that might benefit from this medication, the duration of treatment needed to make a difference, and the what measures should be used to assess the effects of remyelination therapies in future trials.

This study highlights the difficult path that novel treatments, especially new classes of treatment, have to travel. But each new piece of information is useful in helping design better trials and this is especially important in the area of remyelination as there are several promising therapies beginning to enter the clinical trial stage. 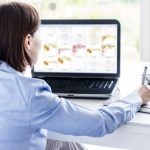