Myelin both protects and nourishes the nerve fibres that they encase, and this allows the efficient signaling along the nerve fibres. When the myelin gets damage, the nerve signals are slowed or even blocked, resulting in symptoms. Once remyelination occurs, it is thought that this signal can be restored and reduce the symptoms a person may be experiencing. However, in the absence of this nourishment and protection, the nerve fibers can die, permanently preventing the signals.

Like any part of the body, the cells in the brain aren’t static and it is a constant regenerative process replacing old and damaged cells, meaning that the body has to have the ability to remyelinate nerve fibres. However, like many biological processes, this becomes less efficient with age.

Published in the prestigious journal, Cell Stem Cell, international researchers, including Australian researcher Associate Professor Peter van Wijngaarden, investigated whether providing precursor cells from aged laboratory models with a more youthful environment may promote remyelination. The researchers also compared the features of young and older precursor cells to work out what is causing the delayed remyelination. Finally, the researchers looked at the effects of dietary restriction in ageing models, as this is known to alter the ageing process.

Using laboratory models, the researchers initially confirmed that age caused the precursor cells to be slower at forming oligodendrocytes even when these cells were grown under conditions that promoted the formation of oligodendrocytes. The researchers also found that age also caused these precursor cells to lose some of their stem cell properties and showed characteristics of stem cell ageing. Stem cells have the ability to develop into many different cell types and in some cases, repair damaged tissue. The loss of these features means that aged precursor cells no longer retain their full ability to regenerate and remyelinate.

The researchers also used metformin, which is a medication that mimics fasting, widely prescribed for type 2 diabetes, to replicate the effects of fasting. In exciting results, the researchers found that like fasting, metformin also restored some remyelination capacity.

What does this mean?

These important findings show that dietary restriction and mimics of dietary restriction can reverse the age-related changes in precursor myelin-producing cells, and ultimately improve remyelination. It is still very much early days, and further research is needed as all this work is in laboratory models of MS and how this translates to people with MS is not known. However, the results are very promising and will hopefully help to provide a way to promote myelin repair in MS. 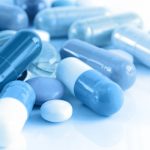