Discovering the building blocks for repair and regeneration

In MS the immune system attacks the central nervous system (the brain and spinal cord), stripping the protective myelin layer off individual neurons. Removing this protective layer not only hampers the ability of these cells to transmit the signals between the brain and the body but it also makes the cells vulnerable to degeneration and death. This degeneration can lead to the accumulation of permanent disabilities in MS, so it is important that we develop methods to protect the nerve cells. This will allow them to survive and repair their protective coating and restore function.

Monash University researchers funded by MS Research Australia with the support of the Trish MS Research Foundation have been examining what happens at the microscopic level that allows neurons to live, grow and function normally, so that we can better understand how to protect and repair neurons when damage occurs.

Dr Jae Lee, and Dr Steven Petratos and their team have been looking at a particular protein known to be important, called NgR1.This protein is found on the surface of neurons in the central nervous system.

It is thought that the NgR1 protein receives signals from the surrounding cells which acts as a brake to prevent neurons from sending out too many connecting fibres. Normally this control is a good thing to keep the connecting networks of nerve fibres under control during development. However, this effect of NgR1 could be counter-productive for brain repair and maintenance as it could potentially prevent the cells from repairing damage.

However, before we can take advantage of this knowledge of NgR1 we need to better understand how this vital protein functions.

Dr Lee, Dr Petratos and their colleagues have recently published new findings that reveal that by blocking the protein NgR1, they can influence the shape and form that individual nerve cells take, particularly in the way that they connect with other support cells in the brain, including the myelin producing cells. Importantly, the effect of blocking NgR1 also led to both thinner myelin and thinner nerve fibres. This can affect the speed at which neurons can communicate, which has important implications for MS.

The team then had a closer look at exactly how this protein could have such an impact on the cell. They discovered three other important proteins working in collaboration with NgR1 to influence the nerve cells’ behaviour.

Figuring out all these cogs in the cell’s machinery will mean that we ultimately may be able tackle protection and repair of neurons in MS by targeting anyone of these four proteins – increasing the chances of developing a suitable drug that can work precisely and accurately to encourage repair without causing any complicating side effects.

This is a study that really reveals the basic biology of the brain, and while it will not have an immediate impact for people with MS, it lays a strong foundation on which to build the discovery of new treatments to encourage repair and regeneration in MS. 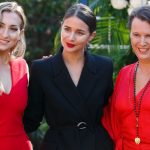 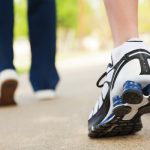 Discovering the building blocks for repair and regeneration