Historical studies have suggested that about 80% of people with relapsing remitting MS, if left untreated, are likely to enter the secondary progressive phase of the disease within 20 years. Secondary progressive MS (SPMS) is characterised by a continual accumulation of disability without any periods of remission. In more recent decades since the advent of effective disease modifying MS therapies, clinicians have observed an apparent decline or delay in people reaching the SPMS phase. But research to confirm this observation with clear data has been hard to come by.

Results from an international study led by Associate Professor Tomas Kalincik of the University of Melbourne, in partnership with UK researchers, has now shown that treatment with disease modifying therapies (DMTs) does decrease the risk of people converting from relapsing remitting MS to secondary progressive MS and that this effect is heightened if treatment starts within 5 years of onset.

This study published in the prestigious medical journal JAMA looked at whether current medications are preventing or delaying the conversion to SPMS. The team used sophisticated statistical techniques to account for differences between individuals in terms of age, gender, disease duration and disease severity, and, for the first time, used a much clearer definition of secondary progressive MS that has been lacking in previous studies.

The effect of a number of different treatments, including interferon, natalizumab, alemtuzumab, glatiramer acetate and fingolimod were investigated. Each of these treatments were associated with a significantly lower probability of converting to secondary progressive MS.

This large study was conducted using a group of 1555 individuals who had been tracked in several studies including the international MSBase clinical database, five European centres which had been using alemtuzumab for an extended period and the medical records of a group of untreated people with MS followed at the University Hospital of Wales, UK.

Some types of medications did appear to have more impact in reducing the probability of converting to secondary progressive MS, with interferon beta and glatiramer acetate having a smaller effect in preventing or delaying SPMS than DMTs such as fingolimod, alemtuzumab and natalizumab, which are considered to be higher efficacy therapies. The results showed that 7% of those on the higher efficacy therapies converted to SPMS compared to 12% on interferon or glatiramer acetate at 5 years and 16% vs 27% at 9 years.

The scientists also explored the effect of when the medication was initiated after disease onset and found that the risk of converting from relapsing remitting MS to SPMS was significantly lower for people who had received early treatment than late treatment. For example of those who had started on glatiramer acetate or interferon beta within in 5 years of disease onset only 29% converted to SPMS after 17 years, compared to 47% of people who started these treatments more than 5 years after onset.

This study provides evidence that early treatment with a DMT, in particular the more highly effective medications, can have a large effect on reducing the risk of people with relapsing MS going on to develop SPMS.

The authors note that the study did not look at the potential side effects or risks associated with MS medications, and so individuals and neurologists still need to weigh these potential benefits against the potential risks when considering MS medications. However, these findings may help people make a more informed decision when choosing medications.

MS Research Australia is proud to have provided early career support to Associate Professor Tomas Kalincik, one of the lead authors in this study. Since this Fellowship he has gone on to be awarded significant National Health and Medical Research grants, one of which supported this study, and has established his own research group, the Clinical Outcomes Research Unit at the University of Melbourne. We look forward to future results from this team which are already accelerating a personalised medicine approach for people with MS. MS Mythbusters: Everybody experiences MS in the same wayVideos 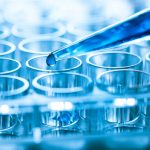